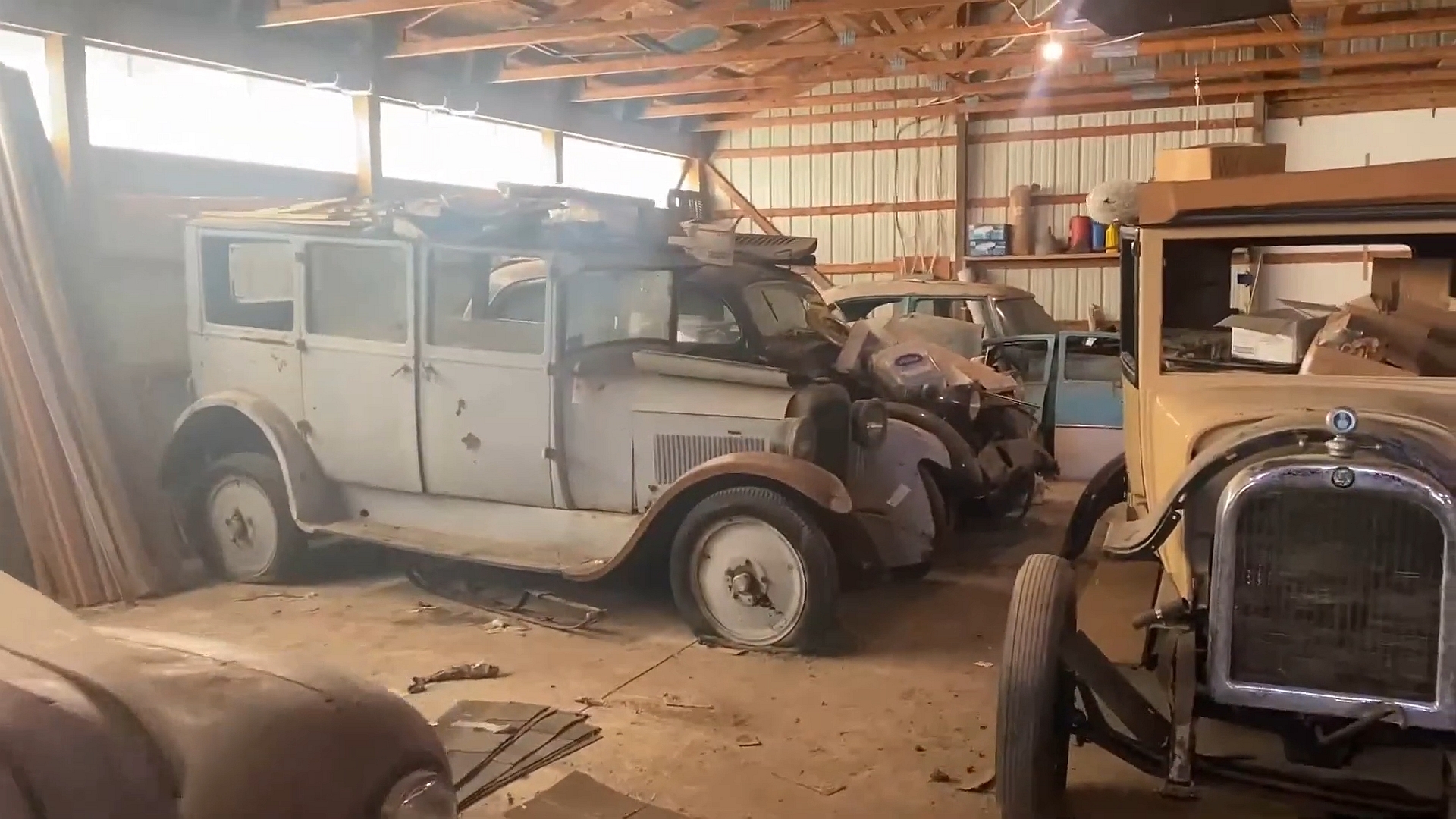 By Mitchell B. Strickland Last updated Oct 11, 2021
0
Share
Have you noticed how barn finds keep popping up out of nowhere? Old cars are coming out of barns almost every day, and I think that’s just awesome. Sure, most of them are in bad shape, but there is always someone willing to adopt them for a project or get parts for a restoration.
Well here is yet another barn that has opened to reveal a collection of classic vehicles. And that’s quite the big one, with almost 20 old maidens uncovered after several years of storage. And it turns out that they have already been sold, because the owner wanted to clean the barn and hold an auction for it.

The collection includes some fairly common cars from the 1950s, but there are also a few rare gems worth talking about. For example, go to the 30 second mark in the video below, and you will see a cream two-door coupe from the 1920s. This is a very cool Dodge from the Dodge Brothers era before Chrysler Corporation acquired it. the company in 1928. It even sports the old emblem with the six-pointed star logo and appears to have a decent shape for a century-old car.

There are a few other pre-WWII vehicles including a 1935 five-window Ford coupe and what appears to be a 1920s Model A. They are all parked next to newer cars including a Pontiac. LeMans from 1962 and a Buick Special from the 1950s. The latter is finished in a very desirable two-tone light blue livery, but it does have a few rust holes.

The barn also housed a mysterious yellow phaeton-style car. You can see it after 1h30. It could be from the 1910s, but it’s difficult to identify it without a front radiator and badge. It’s not a Ford Model T, and it looks too small for a Pierce-Arrow. But it is most likely being built by a company that is no longer in the market. If you know what this is, drop me a line in the comments below.

The collection extends beyond the barn. There are a few old pickup trucks from the 1960s on the front lawn, as well as a few other vehicles in the backyard. There is also an old boat in there, but it may not be for sale. On top of that, the owner auctioned off a number of engines, including an old flathead V8 and a four-cylinder Kaiser (maybe from a Henry?). I haven’t seen one for a very long time.

Well, all I can do is hope that every car and engine ends up in a good home, and most of them find their way onto public roads after decades of being in the dark.