A vintage car that is also a boat

The Amphicar 770 is the most successful civilian amphibious production car of all time, 3,878 were sold between 1960 and 1968 and a few hundred have survived to the present day thanks to their enthusiastic owners, including US President Lyndon B .Johnson.

The model name “770” comes from the fact that the Amphicar can go 7 mph on water and 70 mph on land – hence 770. Owners like to think of it as “the fastest car on water and the fastest boat on the road.”

The Amphicar 770 And President Lyndon B. Johnson

The most famous story you will hear about the Amphicar is that President Lyndon B. Johnson owned one. He kept it on his ranch in Johnson City, Texas, and he used to enjoy taking his guests around to tour the property in the car with the top down.

Ever the prankster, President Johnson’s favorite trick was to drive the car into his lake while shouting that the brakes had failed, as his guests in the car with him screamed for their lives.

Once in the water, he engaged the propellers and drove the Amphicar through the water, laughing heartily as his passengers tried to come to their senses.

The most successful amphibious production car of all time

Building cars that double as boats isn’t a new idea, but it’s one that’s been struggling to find its footing. Much like flying cars, amphibious cars have been plagued with technical difficulties and challenges, not the least of which is that cars don’t make very good boats and boats don’t make very good cars. .

The Amphicar 770 was designed by German engineer Hans Trippel, drawing inspiration from the World War II Volkswagen Schwimmwagen – an earlier example of a successful amphibious vehicle.

Trippel was careful to avoid unnecessary complexity in its design, the same engine was used to drive the wheels and twin propellers, the nose wheels act as rudders and the engine was a mass-produced unit from Triumph.

Movie above: This vintage Motor Week episode covers the Amphicar 770, and it shows them getting in and out of the water.

The car has a stamped steel panel body and it was only ever offered as a convertible (cabriolet).

The engine is installed at the rear and it has a special gearbox which allows it to drive the rear wheels only, the twin propellers only, or both together allowing the car to be driven in and out of the water on a typical boat ramp.

The Amphicar would remain in production from 1965 to 1965, but the company was still selling them in 1968 when it closed. Of the 3,878 made, many have survived thanks to the commitment of car enthusiasts.

The car you see here is a 1961 Amphicar 770 which has undergone a bare metal restoration including extensive structural repairs carried out by East Coast marque specialist Amphicar.

It shows just 5,435 miles after the restoration, and it’s finished in the factory suit of Beach Sand White over a red and white interior with a white top.

If you want to know more about it or register to bid, you can click here to visit the listing. 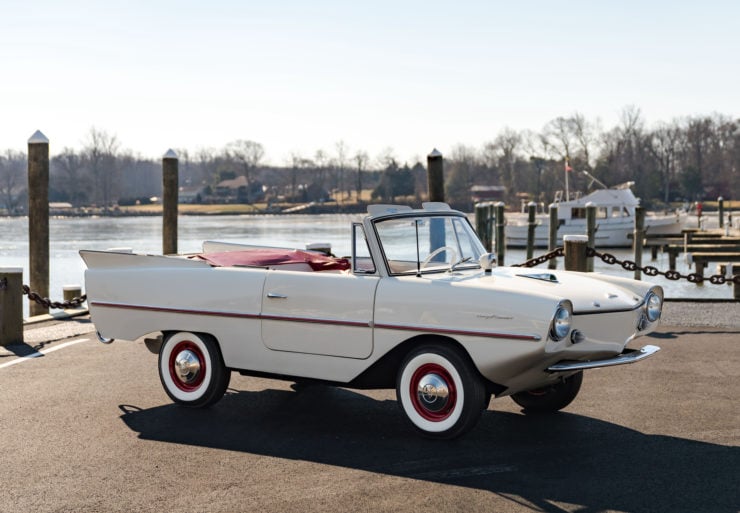 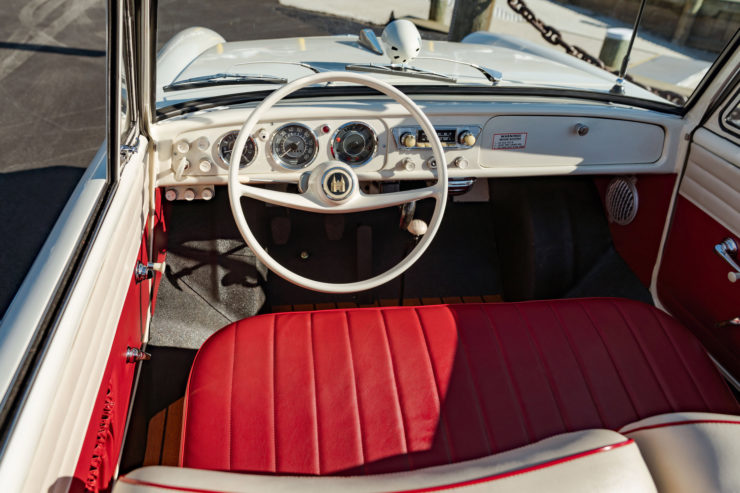 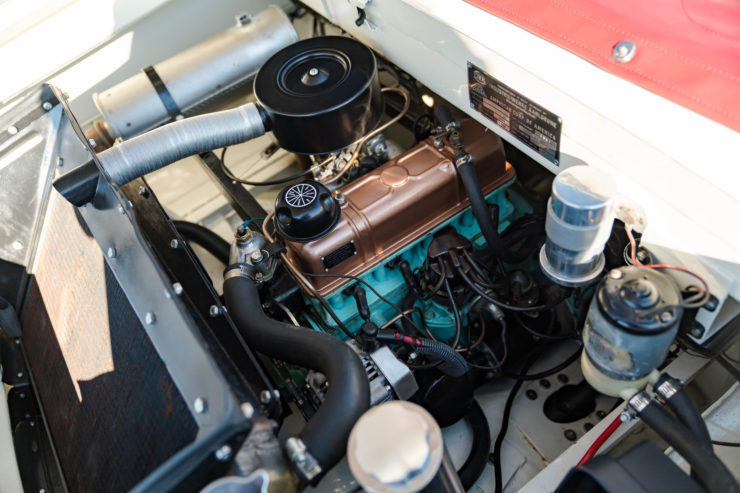 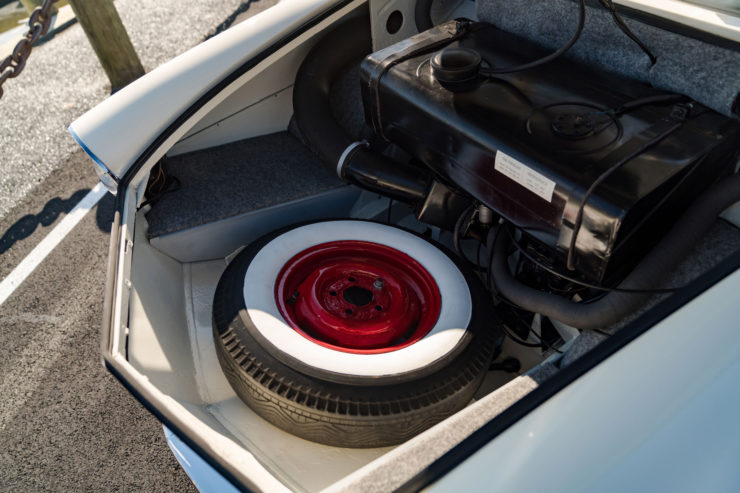 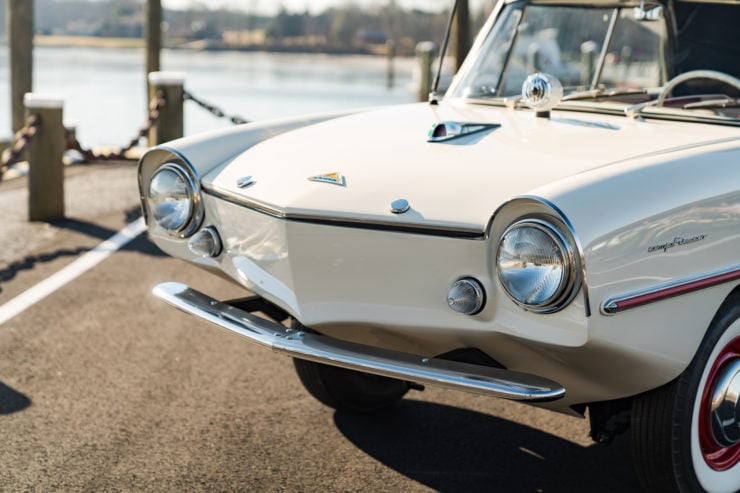 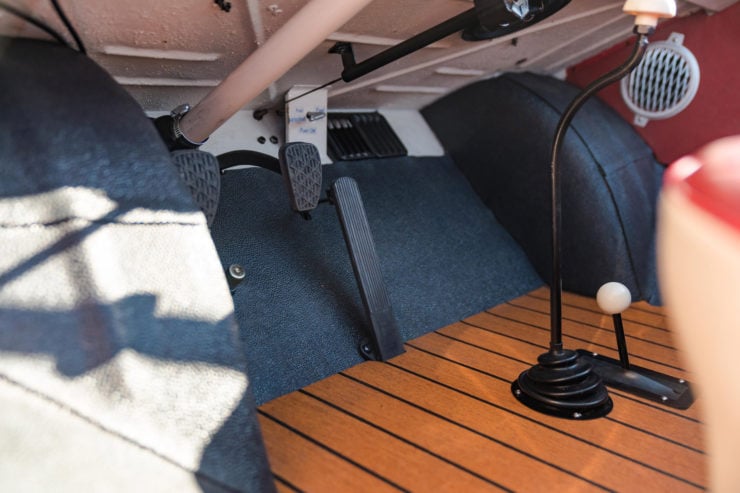 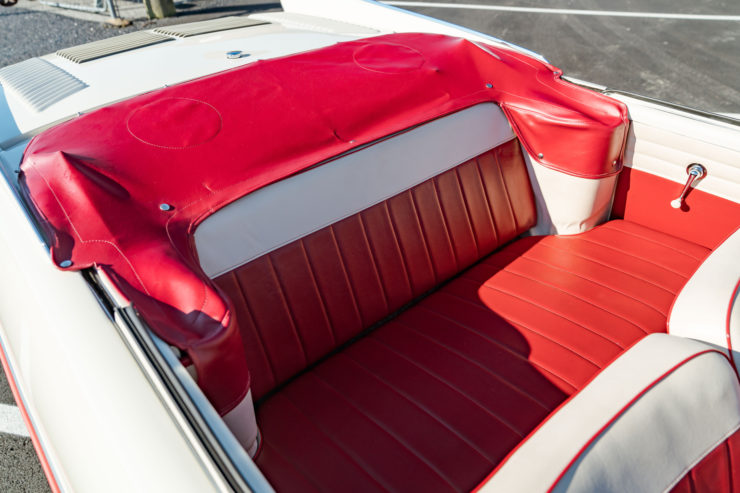 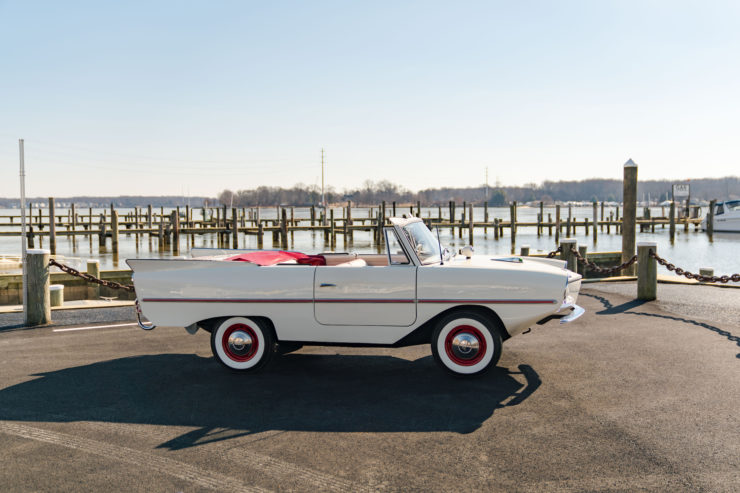 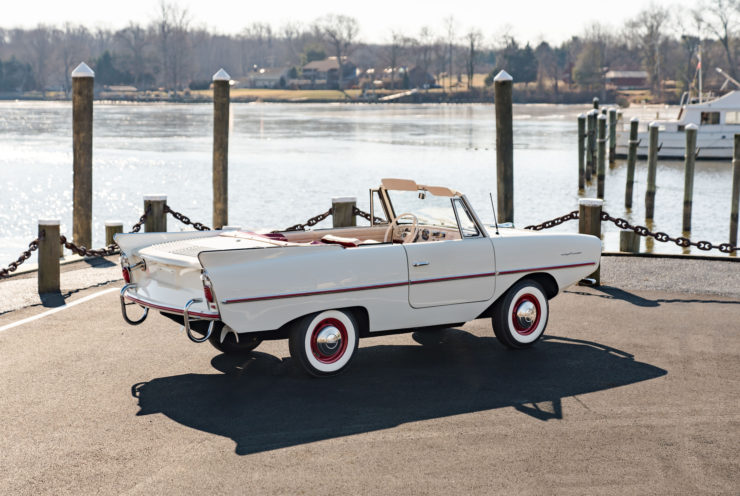 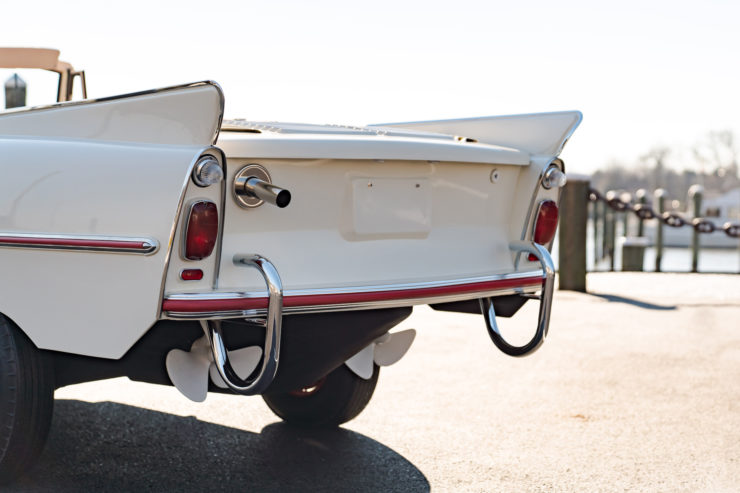 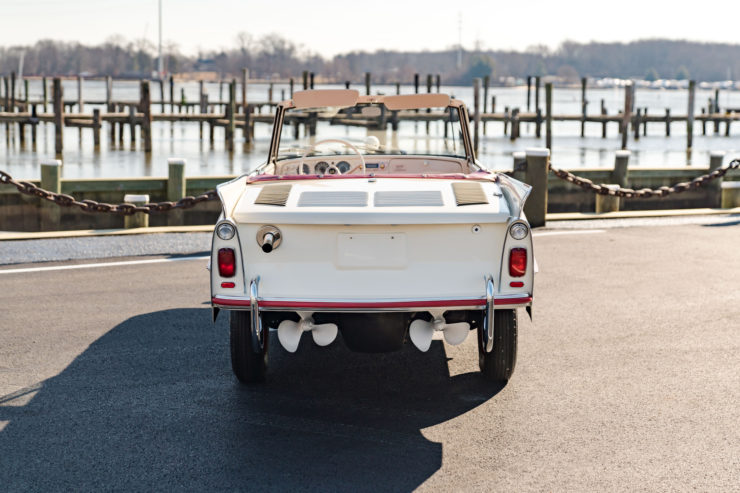 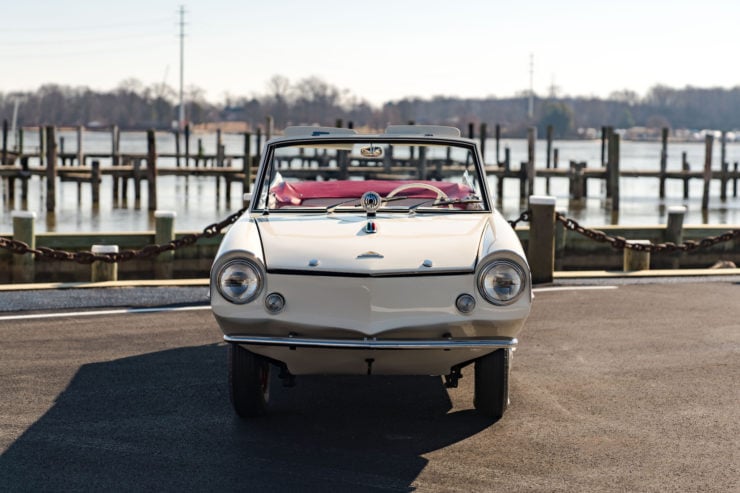 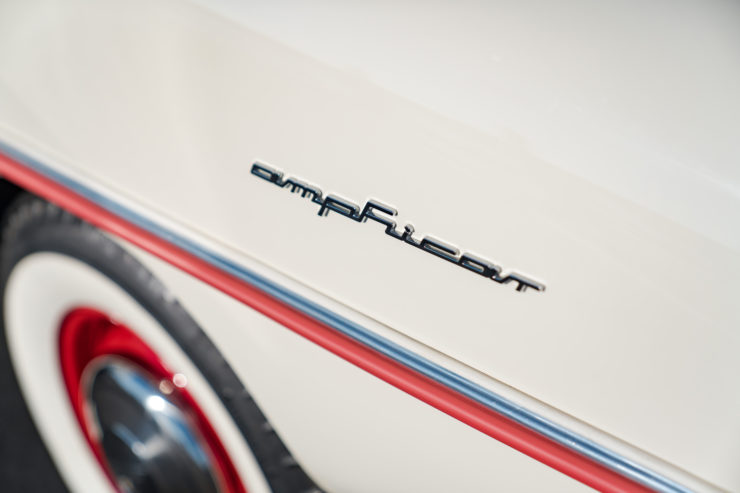 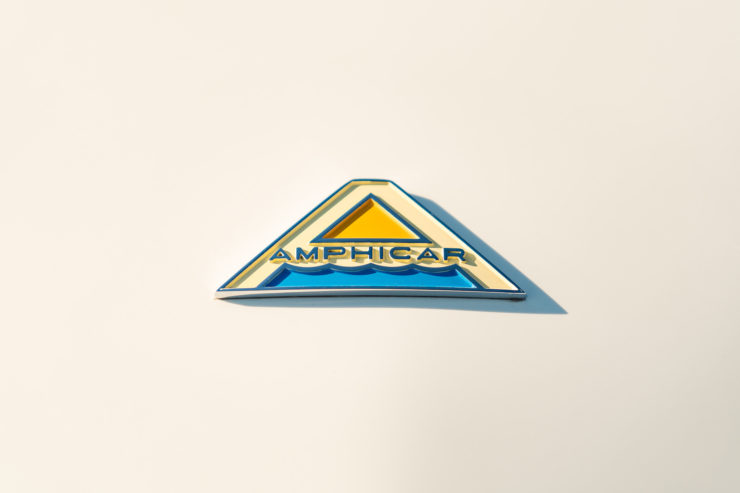 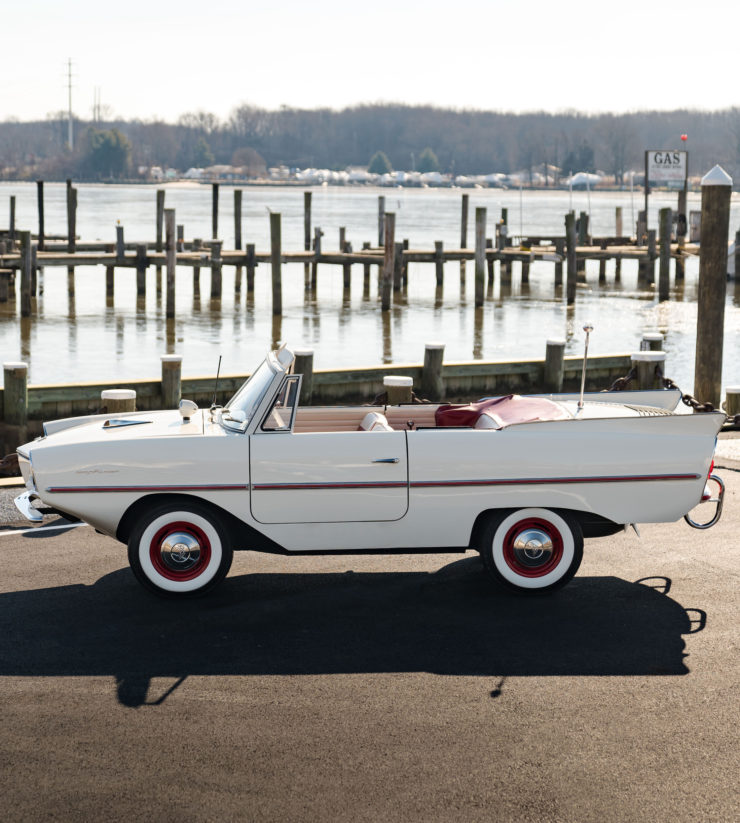 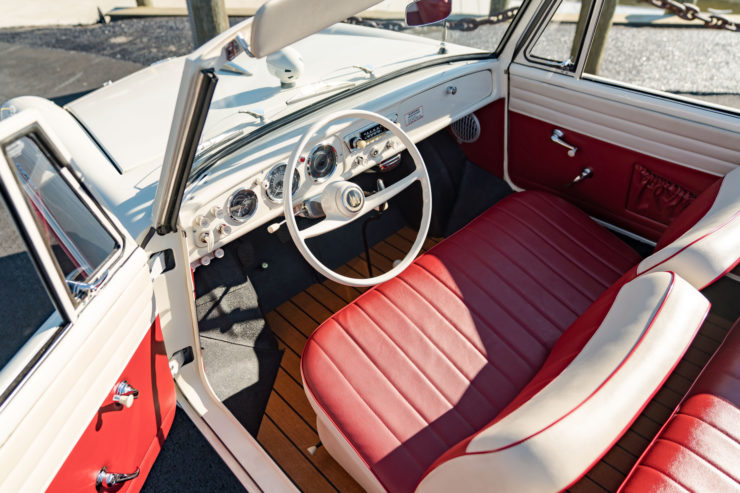 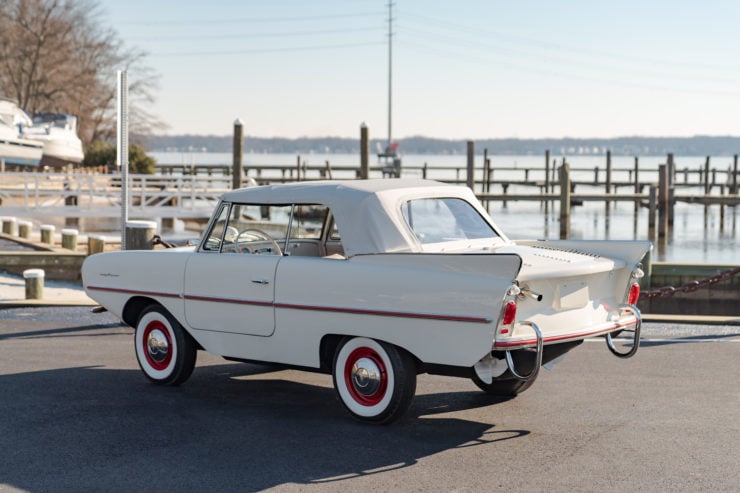 Silodrome was founded by Ben in 2010, in the years since the site has become a global leader in the alternative and vintage automotive sector, with millions of readers around the world and several hundred thousand followers on social networks.

The major French retromobile car show back in 2022