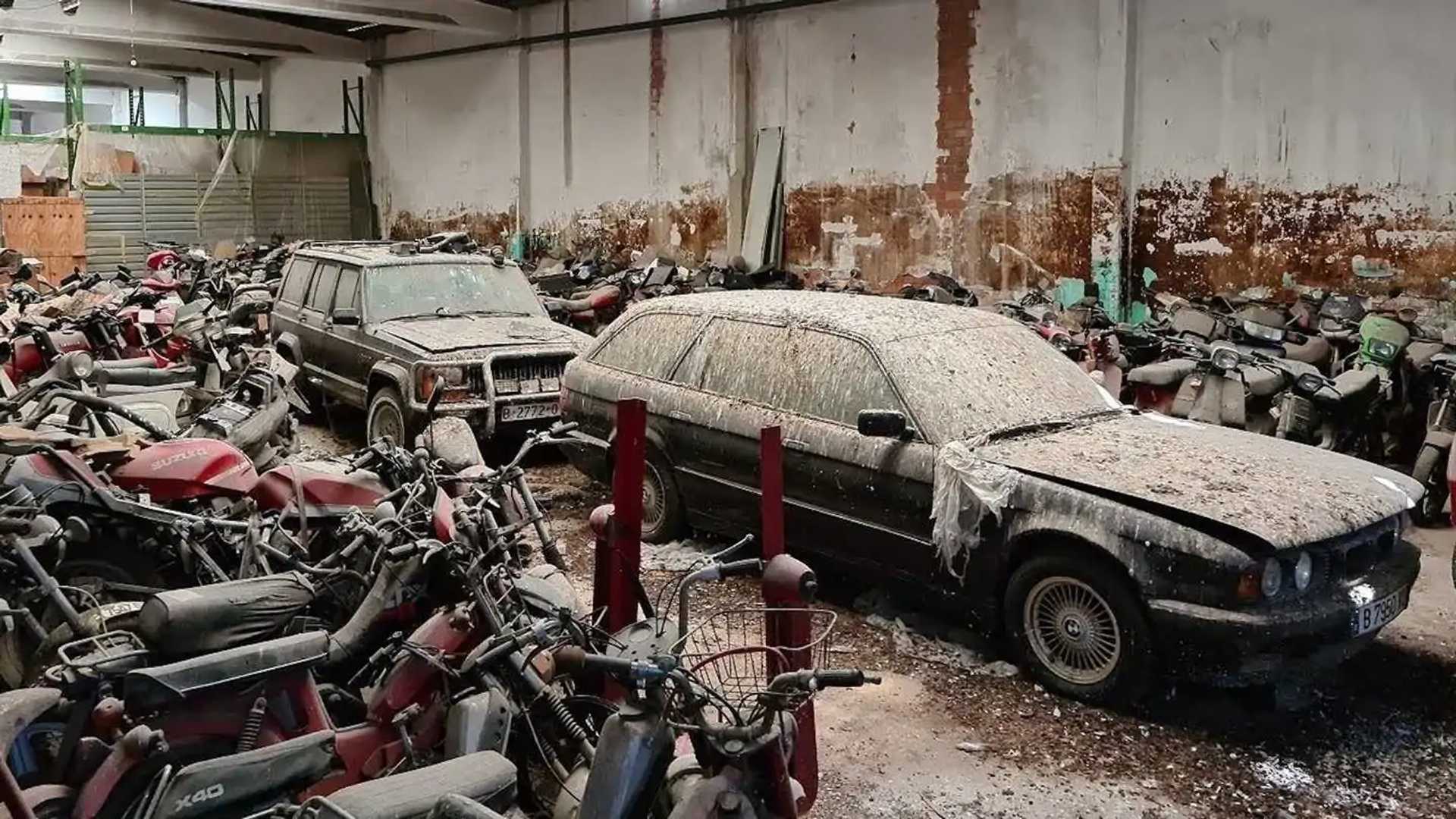 Abandoned BMW dealership is a gold mine for classic car enthusiasts

With millions of cars being made since time immemorial, it’s impossible not to see some abandoned from time to time. However, an abandoned BMW dealership and body shop in Spain isn’t just home to a few – there’s a whole bunch of them rotting away in the dirt and the toils of birds.

The abandoned BMW dealership and warehouse is located in Tarragona Spain. Its owner was a car collector, then decided to store the vehicles under one roof when the store closed ten years ago.

Obviously the cars have been overlooked, but this 70-minute tour by M539 Restorations gives us a close look at them and the hidden gems from the public eye. The building is currently up for grabs, including the cars inside. However, they are not limited to Bimmers. There are Alfa Romeos, Lancias, Jeeps, Citroens and NSUs – some of them are particularly popular among car geeks.

Among the most popular that caught the attention of viewers of the video were the BMW E30s. Alfa Romeo’s Alfetta and GTV6 have also caught the eye, which should pique the interest of European classic car collectors.

There are two ways to look at abandoned cars. One, which will resonate with most car fans, would be a little disappointing as we believe cars are meant to be driven. However, others might see this as an opportunity to bring them back to their former glory. Whether it’s for profit or simply out of passion for the automobile, it’s up to them.

Why would anyone want to get out of debt?