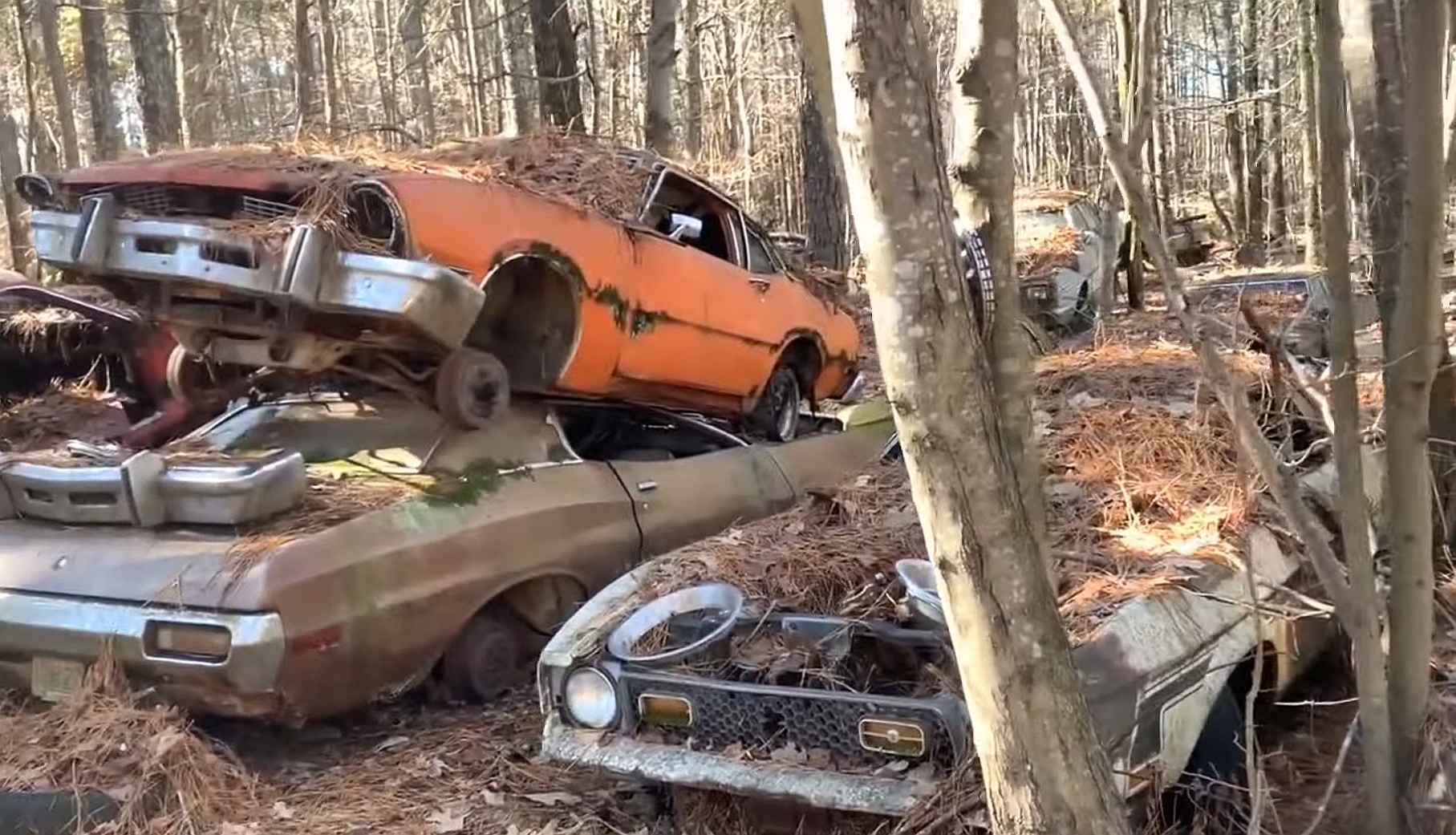 By Mitchell B. Strickland Last updated Sep 29, 2021
0
Share
Set in a somewhat spooky forest, this dump is the kind of place that makes me think “well, that’s how horror movies start”. It’s a bit strange, even in broad daylight. And it might have something to do with the fact that it’s been abandoned for so many years that all of that steel is now an integral part of mother nature.

Many cars have dug into the ground, while others are about to be overturned by the trees growing under them. Considering that some trees have grown to impressive heights through the engine compartments, it is safe to say that this place has not been visited in decades.

To make things even more spooky, you can see an open field just beyond the trees. It looks like the cars took refuge in the forest and did not return, being held captive by an unseen force.

Stephen King scenarios aside, this place is full of hundreds of cars. Many of them appear to date from the 1950s, perhaps a clue that the dump was set up in the 1970s? It includes an impressive collection of Cadillacs, but I’ve also seen Chevrolet Tri-Fives, old Ford F-series trucks, school buses, and even tractors. There is also a Dodge Polara police car in there. Maybe this ghost town has a sheriff.

But like any abandoned dump, one would have to search for hours to find a car worth saving. All of them appear to be in poor condition with rusty bodies, “melted” tires and frames that can no longer support the weight of a body and drivetrain.

A few small barn-like houses suggest that someone lived here at one point to sell those big piles of engine hoods, fenders, and tires. There are old Texaco and Gulf Oil panels, as well as hand painted tree panels. One of them tells how Thomas Edison invented the phonograph and made the first sound recording in 1877. Do you still think this place is not scary? Or a cool setup for a slasher-style horror flick at night?

On the other hand, the sign saying to not remove any parts “on or off” from cars seems fairly new, so maybe someone is still taking care of this place. Unfortunately, there is no indication as to where this dump is located, so if you know anything about it drop me a line in the comments section. Sounds like a really cool place to visit.