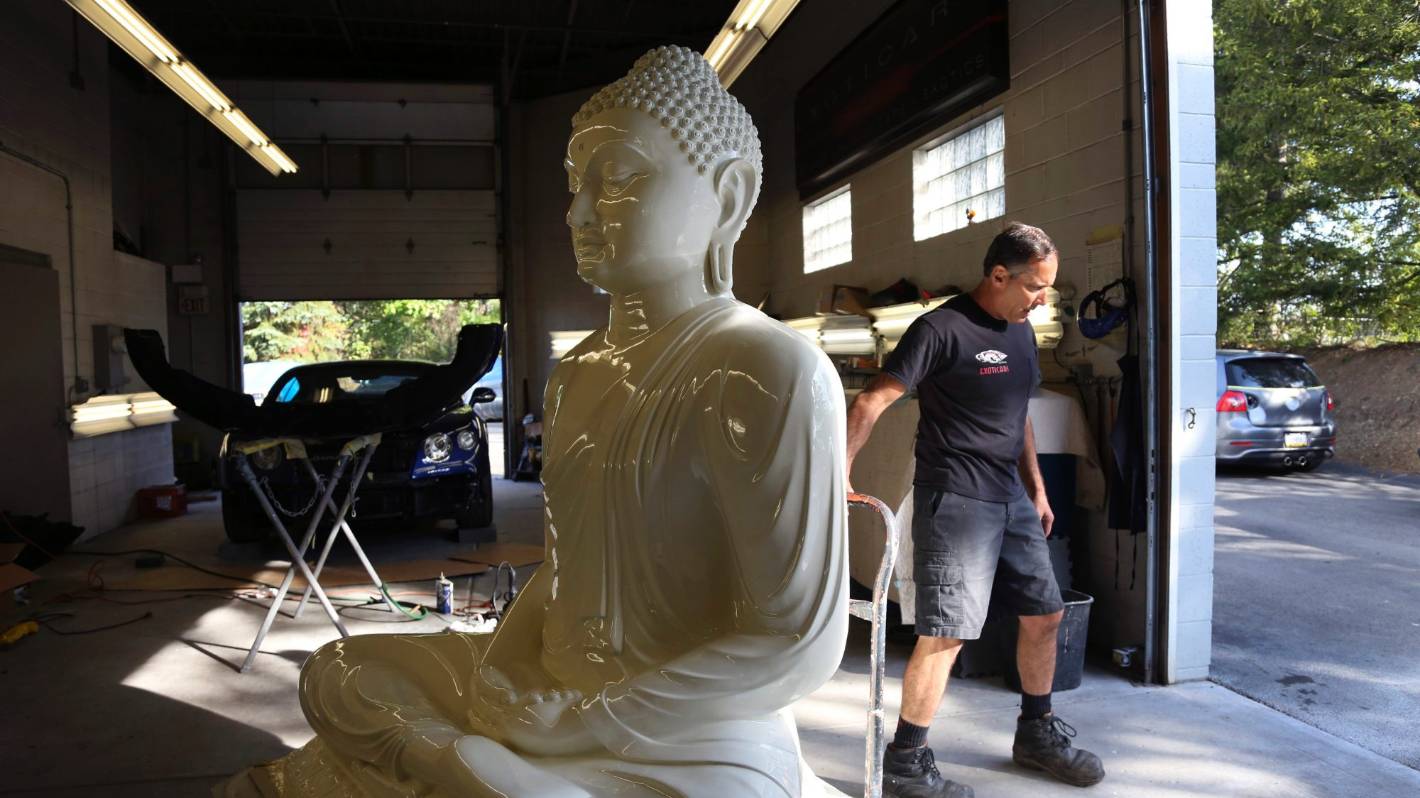 After weeks of restoration, the statue, originally made in Sri Lanka, was brought out of the Exoticars workshop by co-owner Dave Ley.

The main branches of Buddhism are often referred to as “vehicles” or paths of spiritual practice.

READ MORE:
* Holden Kingswood ‘2 Face’ shows the drastic changes of a restoration
* This is the best Ford Escort Mk1 imitation we have ever seen
* If you have a broken Honda S2000, why not turn it into a Beetle?
* The 10 most extraordinary statues in the world

They also fixed cracks in the fiberglass, added a strip of metal to strengthen the base of the statue, and applied a new coat of white body paint, giving it a glassy sheen in the sun.

“There is always something here that people are tracking progress on,” Ley said, and for a few weeks this fall, the Buddha “has been a big hit.”

The Pittsburgh Buddhist Center practices the Theravada vehicle of Common Buddhism in Sri Lanka, where the monks originated and where the statue was made.

Paid for by a donor, the Buddha was first installed in 2006 at the temple’s previous location in Harrison Township, another suburb.

But when they moved earlier this year to their current location in West Deer Township, also north of Pittsburgh, they started looking for a more permanent solution. A carpenter who had previously worked for the temple recommended the auto store.

The result, unveiled recently at the temple, is “so awesome” and “beyond my expectations,” Pemaratana said. He expressed his gratitude to Ley and his team for stripping the paint off by hand rather than using an electric sander, which could have damaged the statue.

“I also appreciate his courage in accepting this job,” said the abbot. “It’s beyond his comfort zone.”

“They saw monks in the movies, but not a real monk,” said the abbot. “I am so happy for the relationship we have built.”

Ley also tried out what could become a slogan for the store: “We work on everything from Bentleys to Buddhas. “