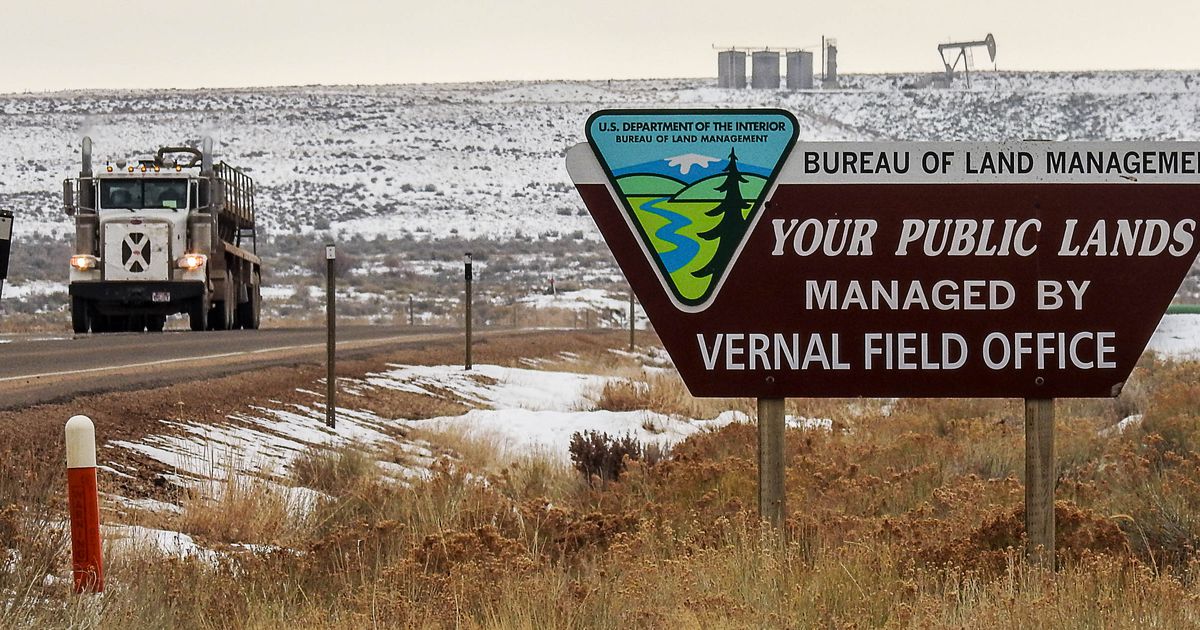 Bait and switch? Environmentalists argue that SB51 is a misuse of federal mineral royalties.

On the face of it, Senator Wayne Harper’s SB51 is the kind of bill few would oppose. It seeks to close a loophole that allows many older cars and trucks to be labeled as “old” vehicles, exempt from emissions testing requirements.

Currently, vehicles manufactured before 1991 are not subject to emissions inspections in the logic that such a vehicle is a collector’s item that rarely leaves the garage. SB51 would require owners to demonstrate that their older vehicles, which emit far more pollution than newer ones, deserve vintage status before qualifying for the exemption.

But last week, without much explanation, Harper, a Republican from Taylorsville, replaced the bill with a substitute that does something quite different: amend the so-called State Debit Infrastructure Fund so that it can be used for “a highway used mainly for the transport of hydrocarbons.

Say what? What does this have to do with vintage cars?

Almost nothing and the environmental community was quick to see something underhanded and untoward, like a backhanded attempt to fund a controversial proposed highway through Utah’s scenic Book Cliffs, linking the Uinta Basin oil patch at Interstate 70.

“It looks like the legislature is considering giving the green light to using money from the Throughput Infrastructure Fund to build roads for the fossil fuel industry. This money, which was “laundered” by the legislature, came from federal funds from the Federal Mining Leasing Act that are supposed to be used to mitigate the impact of fossil fuel development, not to help the fuel industry. fossils,” said Deeda Seed, a Utah-based organizer with the Center for Biological Diversity. “That would be an appalling and very questionable use of these funds.”

At the Feb. 3 meeting of the House Transportation Committee, Harper said Uinta Basin officials want to tap into the infrastructure fund to repair roads destroyed by tankers.

“When roads fail, you have more wear, you have more emissions,” Harper said. “Could you use these excess funds to repair these roads? And we clarify that you can.

Harper’s presentation lacked a critical background. In 2018, the Legislative Assembly created the infrastructure fund with $53 million in federal mining royalties taken from the Permanent Community Impact Fund, commonly known as the CIB. The fund is intended to support the construction of major projects that bring Utah mineral commodities to market, and the legislature has prioritized an “ocean bulk commodity terminal.”

At the time, Utah was looking to partner with developers in Oakland, California to build a rail-to-ship coal loading terminal on the San Francisco Bay waterfront. Mired in controversy and litigation, the coal-handling components of this project are no longer possible under an agreement last week resolving lawsuits between port developers and the city of Oakland. The developers have agreed to move forward on the coal-free project, as Oakland officials have been calling for for several years.

The disappearance of a coal terminal in Oakland frees up the $53 million to spend on something else focused on transporting minerals. The debit fund’s 2016 enabling statute, SB246, identifies pipelines, railroads and transmission lines as potential beneficiaries, but it does not specify roads and highways.

SB51, which passed the Senate unanimously on Jan. 19, would clear the way for those funds to be used on conventional roads, even though they already receive significant funding from federal and state taxes. In the meantime, it’s the House Rules Committee waiting for a tax memo before seeing action on the house floor.

The classic car provisions are still in the bill, and if passed, Wasatch Front residents who drive older cars may soon be heading to an emissions test shop or junkyard.

Older cars and trucks spit a disproportionate load of pollution from their tailpipes because pre-1980 emissions control systems are far less efficient than they were after 1980, according to Harper.

“They get a vintage plate, and in doing so they bypass the shows,” he said. Utah law defines a vintage automobile as an automobile that is over 30 years old and is “primarily a collector’s item” driven for shows, parades, and occasional recreational use; in other words, not for daily commuting.

Under SB51, vehicles manufactured after 1980 would be required to pass emissions inspections unless insured under a conventional auto policy. This does not necessarily mean that these vehicles should not emit more pollution than a contemporary car, but rather that their stock emissions control should be in good working order. There are 16,700 vehicles manufactured between 1981 and 1990 registered in Utah counties that do not meet air quality standards, according to Bryce Bird, director of the Air Quality Division of the ‘Utah.

“It’s important to have these vehicles inspected and to make sure the catalytic converter is working,” Bird said, “especially if they’re used as a daily driver.”

However, Bird estimated that approximately 7,000 of these pre-1990 vehicles are registered as vintages and would likely not be subject to the SB51 inspection requirement.

Which car model has degraded over the years?