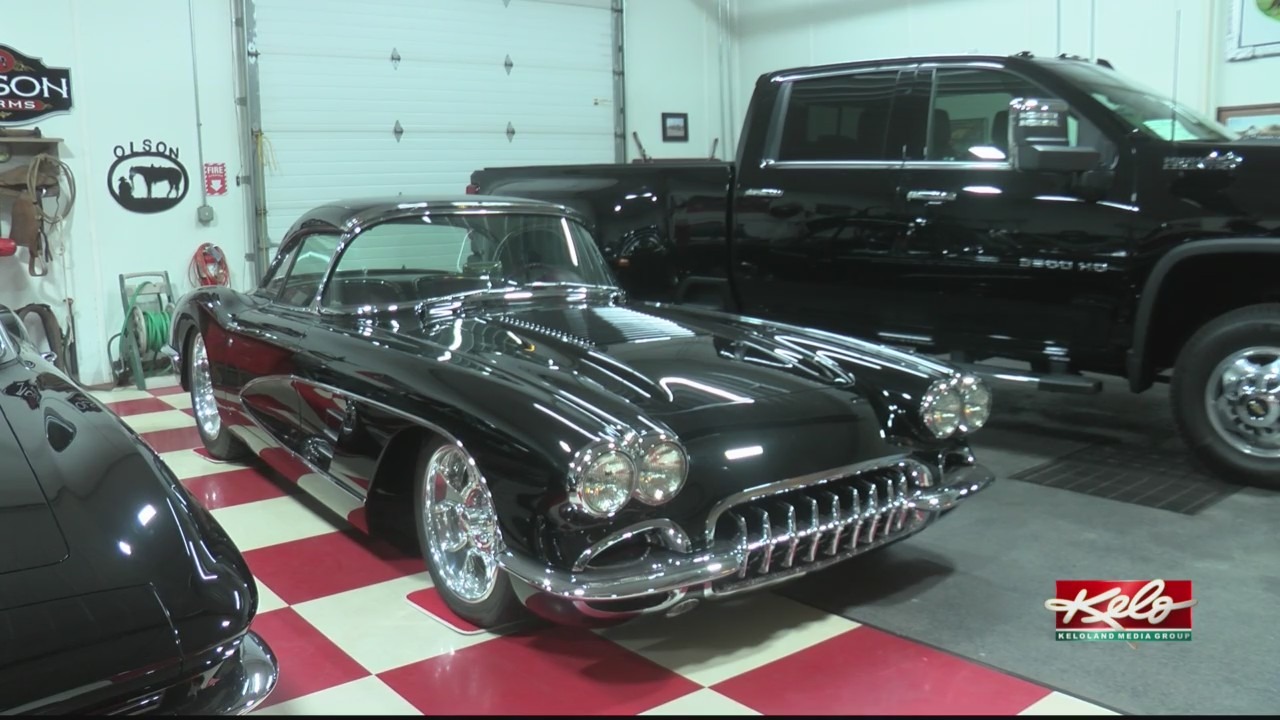 SIOUX FALLS, SD (KELO) – If you like classic cars, this weekend is for you.

The Automania car show kicks off Saturday in Valley Springs and will feature hundreds of classic cars and hot rods, many of which are owned by one man.

Larry Olson of Brandon has been collecting cars for years.

He can’t say that now.

From Roadsters to Victorians to Corvettes, Olson says once he started collecting cars, he couldn’t stop.

“Because they’re yours, when you’re building from scratch, they’re your baby,” Olson said.

“I was buying them, fixing them and selling them, then I said to my wife one day, I’m not selling any of this, she said you were crazy and I said no,” Olson said.

Some of these hot rods….

“This car here is the most beautiful roadster in America,” Olson said.

…have made several magazine covers.

That’s why Olson will be one of Automania’s star guests this Saturday.

This 1963 Chevy Corvette Split Window is a rare find. Olson says Kid Rock offered to buy him for a lot of money.

Automania is in its 17th year. Bernie Tyrell, who is one of the organizers, says cars like these bring back a lot of memories for people.

“It makes you feel like you were back in the day when you were a kid and had a ton of fun,” Tyrell said.

“They’re actually a work of art once they’re finished like this, instead of a bucket of rust sitting in the trees, weeds are growing through them, they can see a finished car much better than what it was like when they were brand new,” Tyrelle says.

And that’s the beauty Olson wants people to see when they attend Automania.

“I want young kids to come out and have fun with them, we have to keep this sport going,” Olson said.

Automania kicks off on Main Street in Valley Springs at 11 a.m. this Saturday. In a separate event on Sunday, there will be a live classic car auction at the Last Chance Auction Barn just west of Sioux Falls. It starts at 10 a.m.