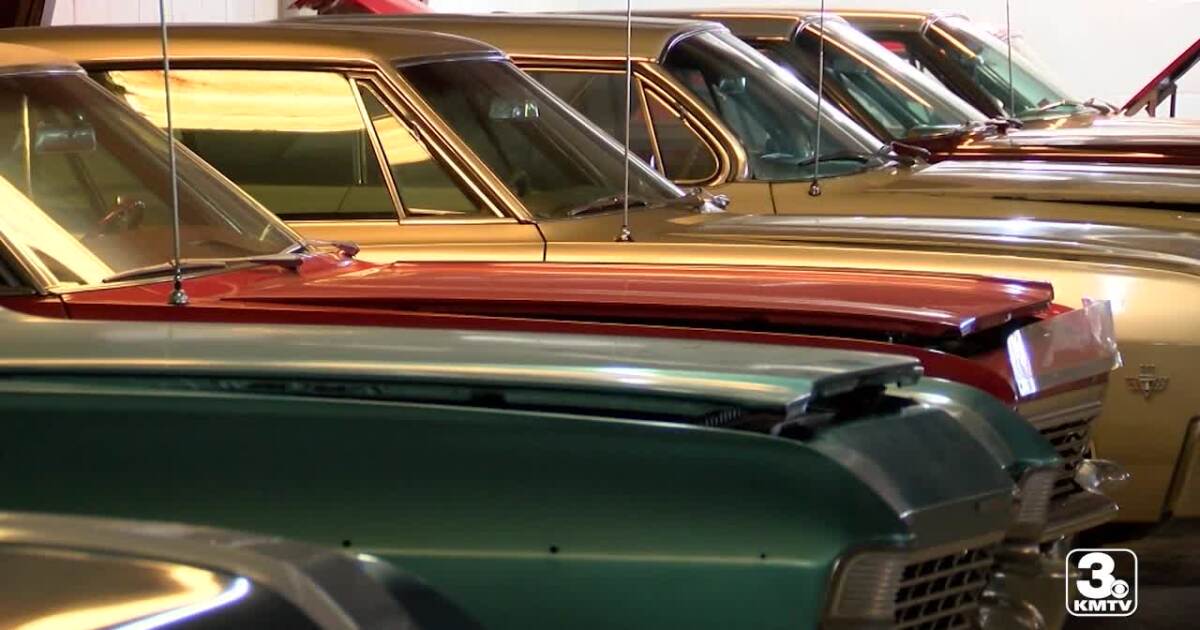 ELM CREEK, Neb. (KMTV) – The large garage full of cars next to Interstate-80 brings back memories of many in Nebraska.

â€œEvery time we head west you always try to peek out the windows as you walk down the freeway,â€ said Mat Cope, of BigIron Auctions.

For decades, Chevyland USA has drawn people from all over the United States. But eventually, interest dropped and the museum closed two years ago.

â€œAt first the attendance was really good, but over time it got into the ’90s, the attendance kind of dropped,â€ said Al Hollertz, the current owner of the cars.

Shortly after it closed, the owner of the museum and all vehicles, Monte Hollertz, passed away.

Now is the time for his son, Al Hollertz, to move on.

Thus, each car and motorcycle that remains from the museum is put up for auction.

â€œPeople from California, Arizona, really every state that I think I have answered a call to,â€ Cope said.

â€œWe sell classic cars quite often, but never on such a scale. “

The cars range from the 1910s to the 1960s, with a blue Corvette and a red Impala receiving particular interest.

â€œThe vintage car market is very hot and there are a lot of collectors and builders looking for cars,â€ Al Hollertz said.

Cars from over 100 years ago also seem to stand out particularly, mainly because you can hardly find them anywhere now, let alone buy them.

â€œGeneral Motors built their cars around wooden frames and for the most part over the years the wood would deteriorate, the car would fall and that would be the end, but the cars were shredded and serviced.

Every car in the batch has a story to tell, but that’s especially true for a 1965 Impala, used in a deadly bank heist in Nebraska.

â€œHe got caught and he’s in jail today,â€ Hollertz said.

The car remained in good condition.

â€œThe car was impounded and a gentleman from Grand Island ended up buying the car. There were 13,000 original miles on it. It has been preserved and was inside in a garage.

Al Hollertz is reopening the museum to show the cars one last time, next week. It’s a chance for people to see what they can buy and say one last goodbye.

“I think it will be a bit of a walk down memory lane for people who enjoyed this place so I know several people in the area who might stop just to pay their respects and take a look one last time,” said Ryan Harbur, with BigIron Auctions.

As to how much he’ll get for all the cars, bikes, and even an old fire truck, Al isn’t speculating.

â€œWhen it comes to an auction, you never know,â€ Hollertz said.

â€œYou get two people interested in something and it can get crazy. “

This open house will take place from April 29 to May 6, the day the online auction ends. None of the vehicles auctioned has buyer fees.

Download our apps today for all of our latest coverage.

Get the latest news and weather delivered straight to your inbox.