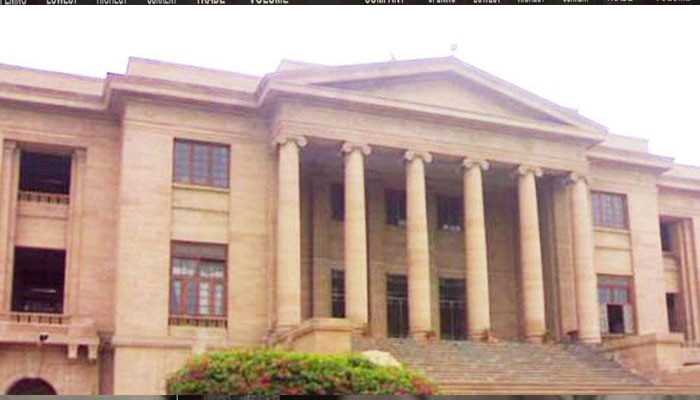 A full bench of the Sindh High Court (SHC) ordered the federal government to review the cases of vintage car importers for a one-time easing under Clause 21 of the 2020 Import Policy Ordinance in regard old cars already imported by them and decide the same within 10 days.

Two judges from the three-judge panel issued such a directive on identical requests concerning the importation of vintage cars and jeeps manufactured before January 1, 1968.

A lawyer for the applicants argued that they had imported old cars on the basis of SRO No. 833 (I) / 2018 issued on July 3, 2018, followed by a court decision. They said that the issue of releasing these vehicles was referred to another chamber which did not agree with the ratio decidendi of the judgment rendered by another chamber of the high court.

by the Ministry of Commerce under Section 3 of the Import and Export Control Act 1950, authorizing the importation of old cars that were otherwise not importable because they were old and used in accordance with the 2016 and 2020 import policy ordinance.

Counsel for the applicants argued that in SRO 833 (I) / 2018 issued under section 19 of the Customs Act 1969, the federal government exempted vintage or classic cars and jeeps from these customs duties, regulatory duties, additional customs duties, federal excise duty, sales tax, and withholding tax in excess of a cumulative amount of $ 5,000.

A lawyer from the Ministry of Commerce and Customs Collector filed respective submissions and objected to the importability of these vehicles under the mentioned SRO and the restrictions and bans provided in the 2016 and 2020 import policies.

Two judges, Judges Mohammad Iqbal Kalhoro and Judge Adnan Iqbal Chaudhry, observed that by enacting the consequent SRO to set duties and taxes on the importation of vintage cars, the federal government told citizens that the required SRO authorizing the import of old cars had also been issued, or at least the import of old cars was no longer prohibited.

The SHC observed that Article 21 of the Import Policy Ordinance aimed at importation made in good faith with unintended consequences. The High Court ruled on the petition directing the federal government to consider the applicants for a one-time relaxation under section 21 of the 2020 Car Import Policy Ordinance old ones already imported by them and decide on the same within 10 days.

The other member of the judiciary, Judge Mohammad Shafi Siddiqui, however, rejected the petitions, observing that the petitioners could not request the release of their respective vehicles by applying SRO 833 (I) / 2018 as long as the restrictions and Ministry of Commerce bans with respect to SRO 345 (I) / 2016 and SRO 901 (I) / 2020 forming that the 2016/2020 Import Policy Ordinance has not been relaxed.