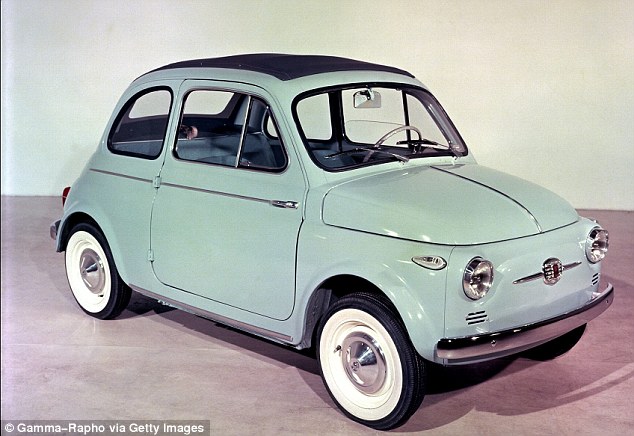 By Ruth Lythe for the Daily Mail

Motorists stand to lose tens of thousands of pounds on insurance claims because they don’t realize the cherished old car on their driveway has gone up in value.

The price of the average classic car – vehicles aged 20 or more – has skyrocketed over the past decade, according to figures from the historic auto group.

It’s perhaps no surprise that luxury cars such as the Porsches, Bugattis and Bentleys of the 60s, 70s and 80s now sell for up to eight times more than they did in 2004.

But other vehicles, such as early VW Golfs, Toyota MR2s, Ford Fiestas and Ford Sierras, are also rising in value. In many cases, that old car you bought for a few thousand pounds a few years ago could now be worth a small fortune.

The problem is that many owners of these now classic cars first purchased insurance for them a few years ago and simply automatically renewed it every year, not realizing that the value of the car had jumped.

This means that the value they gave to the insurer to cover it in case the car is damaged or stolen is actually much lower than it should be. When they make a claim, their insurer may refuse to pay the entire claim.

Gerry Bucke, chief executive of specialist insurance firm Adrian Flux, said: “Underinsured owners could end up only receiving a percentage of their car’s value if the worst happened.

“We’ve come across vehicles that have doubled in value since the last owner check, so trying to stay on top of market trends is absolutely vital.”

The company is now writing to thousands of its own customers warning them to check how much their cars could fetch if sold. If your vehicle is found to be worth much more than your coverage limit, most insurance companies will normally pay a portion of your claim.

However, in some extreme cases, companies may refuse to give you a penny.

Graeme Trudgill, executive director of the British Insurance Brokers’ Association, says: ‘A lot of people have old cars in their garage, which have been there for around 30 years.

“They just don’t realize grandpa’s old banger is now a classic motor and worth a mint.

“It’s really important to get a proper assessment every year. Otherwise, if the car is stolen or involved in an accident, they may have trouble replacing it.

Mr Hodgson said: ‘I was a little surprised but the prices for these brands are really going up.’

Mr Campbell said: “When you’ve had the same car for as long as I have, it’s too easy to take your eyes off the ball. From now on, I will follow its value every year.

Many insurers classify classic cars as any car built over 20 years ago. These cars may still be covered by a normal car insurance policy, but premiums for specialist classic car insurance tend to be cheaper than conventional cover, as insurers assume the vehicle is well maintained and not driven. often.

But be sure to check the fine print of the policy, as many companies insist that you don’t drive the car more than 7,500 miles per year. You should always inform your insurer if you have another car.

A spokesperson for insurer LV= says: “Few people have a classic car as their primary car – they tend to have another vehicle for daily driving.

“People with two or more cars can get a discount if they insure both cars with the same insurer.”

Some links in this article may be affiliate links. If you click on it, we may earn a small commission. This helps us fund This Is Money and keep it free to use. We do not write articles to promote products. We do not allow any business relationship to affect our editorial independence.

What is the oldest car model on sale in the UK?