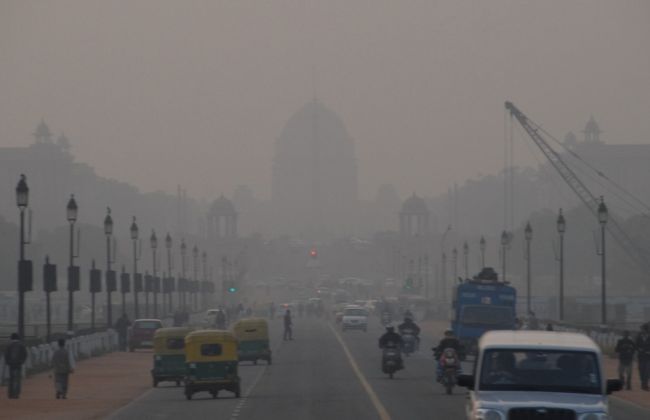 Conversion of diesel vehicles to electric vehicles will allow old cars to run in Delhi; Why, how and is it worth it?

The Delhi government’s recent fix for old diesels could save some of our favorite cars from scrapyards, but it’s unlikely to accelerate EV adoption

Delhi is now open to ICE for electrical retrofitting! Vehicles if found suitable can convert their diesel engine to an electric motor, the department will recruit manufacturers of pure electric kits through approved testing agencies. Once constituted, this will allow vehicles to continue to circulate here beyond 10 years.

Delhi’s Transport Minister Kailash Gahlot announced on Twitter that diesel cars over 10 years old will only be allowed to drive in the city if owners swap their engines for all-electric transmissions. The government plans to hire various EV conversion kit manufacturers to execute the conversions.

In 2015, the environmental protection body National Green Tribunal (NGT) ordered the expungement of all state-registered diesel vehicles over 10 years old. As a result, owners of diesel cars in Delhi have two options when their car approaches the deadline: either have it scrapped once it is written off after 10 years of use, or sell it before the deadline within a different state where the 10-year rule does not apply.

Now, diesel car owners will have the third option of having their vehicle modified to run on battery power only.

How is a diesel car converted to run on electricity?

Transplanting an EV powertrain into a diesel car is nothing short of complex surgery. Most older diesel cars were never designed to accommodate a battery, so the conversion agency will have to perform intensive levels of research and development to incorporate an EV powertrain.

First, it goes without saying that the diesel engine will be removed and the space it occupied will be used to house an electric motor, high voltage wiring circuit and control units for the EV system.

As for the battery, it will probably be placed where the diesel fuel tank traditionally is, ie under the back seat or under the hood, if there is room. Where you can install the battery varies depending on the capacity of the battery and the space available in the subframe of a particular diesel car. Usually the cars with the highest number of batteries for maximum range are also large.

Additionally, technicians undertaking the conversion will need to understand the high and low voltage circuits, configure the control and power transmission units, consider the installation of the electric motor(s), and rewire the car’s electrical circuits. draw power from the battery instead of an alternator. Additionally, older diesel cars may also need additional structural support to protect EV components.

How much does it cost to convert a diesel car to an electric car?

A handful of electric vehicle conversion agencies are currently operating in India, and prices can range from Rs 4 lakh to Rs 6 lakh. An EV powertrain is complex, and converting from diesel to all-electric is a much more involved process than, say, converting a gasoline-powered car to run on CNG. Plus, not only will you need to invest in some sort of home EV charging setup, but you’ll also need to find a safe place to set it up near your parking spot.

Alternatively, you have the option of upgrading to a factory-built electric vehicle. But even a basic electric car such as a Tata Tigor EV can cost twice as much as a conversion kit without the incentives. The Delhi government’s EV policy matches the Centre’s FAME-II incentives to offer a rebate of around Rs 3 lakh to EV buyers, but no such incentive has been announced for diesel car owners who want to convert their cars in EV.

There’s also the issue of easy customer support and service for an EV conversion versus a factory-built EV. Fixing problems in a new Tata Tigor EV will probably be easier than anything you’ll encounter with a 10-year-old diesel converted to EV. The former also comes with an 8-year battery warranty in addition to the standard two- or three-year vehicle warranty.

Still, if you’re considering taking the plunge and opting for an EV conversion anyway, you may be able to recoup some of the costs incurred by selling your old powertrain for spares.

Will the retrofitted EV powertrain be as reliable and drivable as a factory-fitted diesel engine?

Electric vehicles are expected to be more reliable than internal combustion engines (ICE) because they have fewer moving parts. However, you cannot apply the same logic to a diesel car that has been converted to operate as an electric vehicle. Currently, it is difficult to assess the direct effects on reliability (after all, modern diesels are quite reliable) and how your service costs will be affected once you opt for an EV conversion. As for driveability, the following table shows what you gain (and lose) from such a conversion:

As it stands, the EV conversion kits available in India offer significantly lower power and torque outputs than conventional turbo-diesel engines. Additionally, there are currently no long-range electric vehicles available either. However, the table above shows you that even the most economical diesel vehicle has a higher running cost than an electric car, not counting the value of the time lost between each charging stop and almost three times more for the same range as a single tank of diesel.

Other options the government may consider:

There is a wide range of alternative and sustainable fuels that can power an older diesel vehicle. For example, waste vegetable oil from restaurants has been successfully used to power diesel cars. Propane, biodiesel and sustainably developed fuels have also been used in diesel cars. ICE conversions are often cheaper and less complicated than a full EV conversion. On the other hand, you lose the benefit of zero emissions over the remaining life of the car.

Arguably most diesel car owners would find it more profitable to simply sell their older vehicles outside of Delhi as they have been doing since the announcement of the NGT in 2015. Also, this move turns a blind eye to the appearance of diesel engines complying with the BS6 standard, whose emissions are largely comparable to those of petrol engines. The NGT had also announced a ban on petrol cars over 15 years old, but it’s unclear whether older petrol cars will also be allowed with retrofitted EV kits. We expect to get clarification once the official announcement is made.