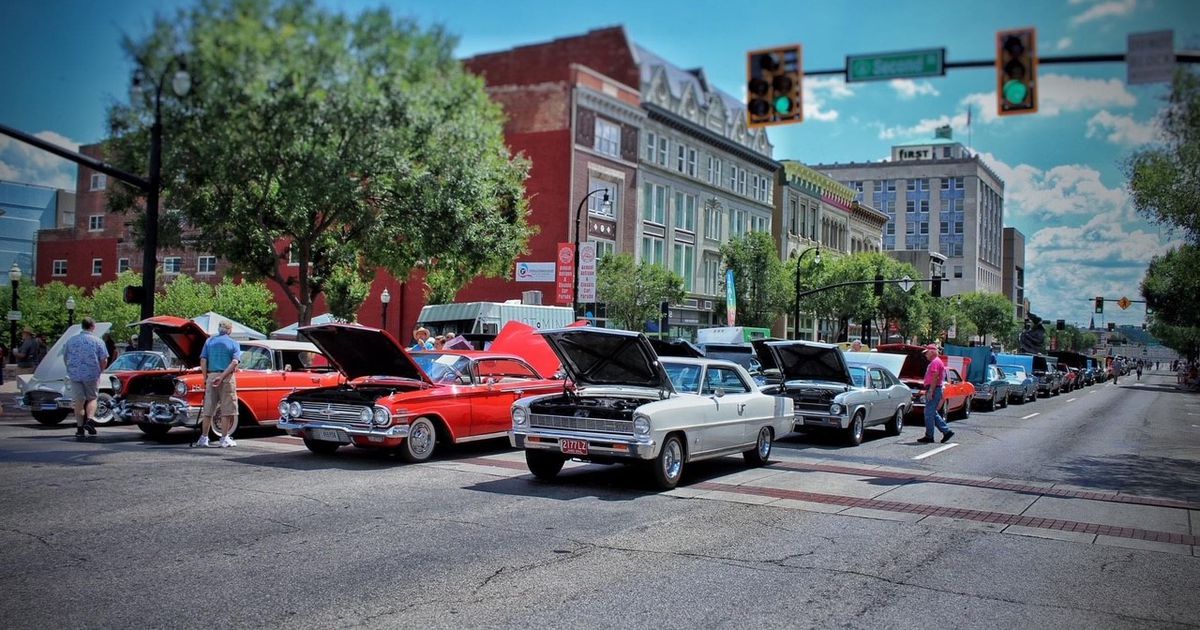 The parade is open to all U.S. and foreign vehicles from 1896 through 1997 model year. They must be in restored or original condition. No modified cars, hot rods, street rods or any cars with aftermarket wheels are allowed.

“We do this because we’re a historic organization, and we love to honor the designers and makers of these cars as they were meant to be seen from the factory,” Combs said.

Combs said the parade is the oldest and largest vintage car parade in the United States. The first parade took place in 1954 and this will be the 68th year of the event.

“It was started in 1954 by a small group of travelers crossing the United States on a tour in vintage vehicles, and since that first year it has evolved into a parade in Hamilton and Fairfield,” said said Combs.

“We have cars coming from all over the United States,” Combs said. “We have quite a few people traveling for this event. Most of them are people who have done it in the past, who may have lived in Hamilton or Fairfield a long time ago, and they remember the event from childhood. Others hear about our event by word of mouth through the classic car community.

Leading the parade this year is a 1923 Auburn owned by longtime club member and Hamilton resident Bob Piper.

“Bob has helped our organization tremendously, throughout our existence, and we just wanted to honor him this year and make him the primary vehicle,” Combs said.

Each year the parade is led by a different classic or antique automobile. Other lead cars past include a 1954 Packard Caribbean Convertible, a 1929 Chevrolet International Model AC, and a 1934 Ford Flathead V8 Coupe. Many unusual and rare vehicles participated in the event.

“I am proud of the fact that we have been able to carry on this tradition for 68 years. It’s an unusual thing these days for an event to last this long and go on,” Combs said.

He said the Butler County, Hamilton and Fairfield area has a large number of classic car owners and supporters.

“It’s a fun event to watch. It’s not something you see every day. We have a huge range of cars from very old vintage cars that people don’t usually see racing and driving and on the road, things you only see in museums, but you will be able to see these vehicles in action,” said Combs.

For more information or for a registration form, visit www.antiquecars.org. This year there are 11 classes, and there are Best of Class awards as well as Distinction awards in these classes. There are also awards for the “Best of Show”, pre-war and a “Best of Show”, post-war, which are the top two prizes. Examples of classes include a pre-war Ford car class and a Corvette class.

The Antique and Classic Car Club of Butler County currently has approximately 25 active members. The club is open to new members and meetings are held on the third Wednesday of each month.

At 2:30 p.m., cars will return to the Butler County Courthouse.

A prize giving will take place around 3:30 p.m.

A DJ will play music during the event. There will also be a handful of food vendors on site. Spectators can also visit the shops and restaurants of downtown Hamilton.