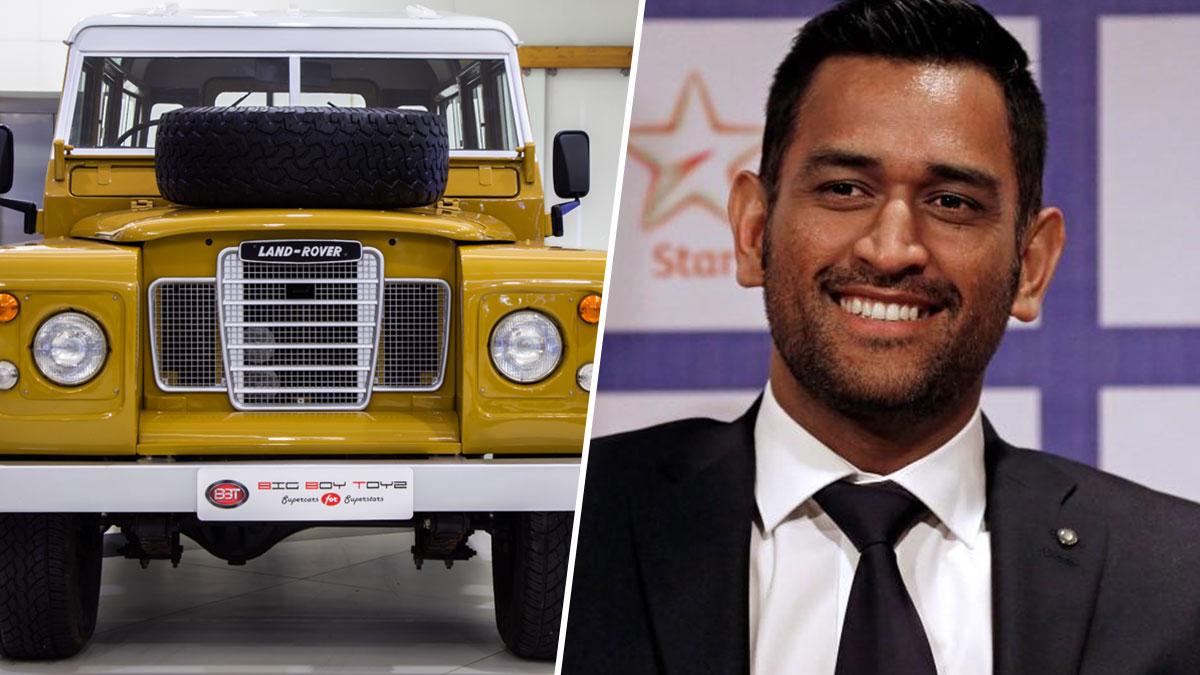 Luxury car dealers Big Boy Toyz just concluded their first online classic car auction earlier this month. There were 19 vintage and classic cars that were featured and offered for sale at the auction, including Rolls Royces, Buicks, Chevrolets, Land Rovers, Cadillacs, and more. One of the big names to take part in the auction was the former Indian cricket team. captain Mahendra Singh Dhoni who won a classic 1971 Land Rover Series 3.

Organizers and the MS Dhoni team declined to share details of how much this yellow and white 1970 Land Rover Series 3 will sell for at auction. Speculation suggests that this station wagon could have been auctioned for anything between Rs 12 lakhs and Rs 15 lakhs or more.

The car has already been shipped to Ranchi, where Dhoni resides.

This auction was the first held by Big Boy Toyz and the company has a second auction scheduled for the end of next month. India is gradually being introduced to the concept of vintage cars auctioned online and big names are leading the process.

If you want to know exactly how online classic car auctions work, here’s an explainer.

Read also : Online vintage car auctions are all the rage, but how does it work?