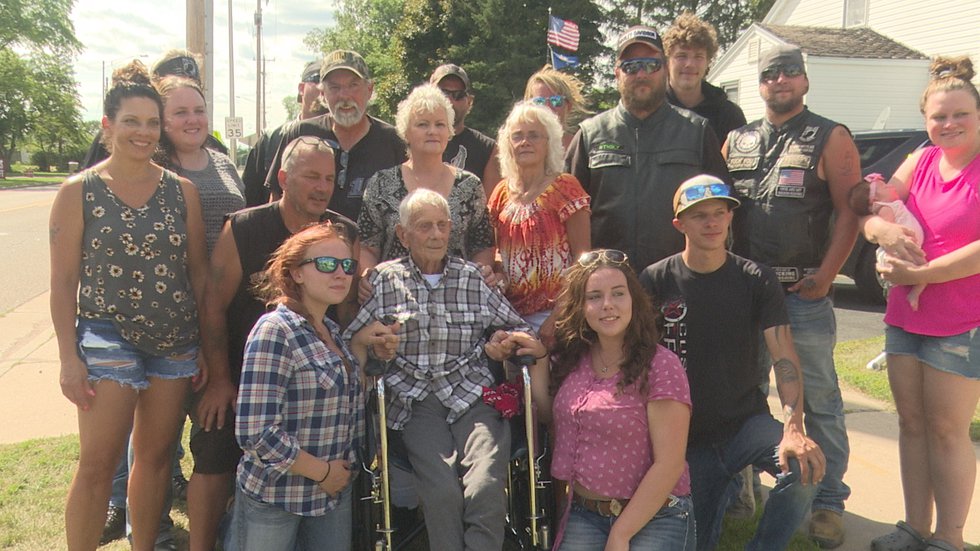 ROTHOLT, Wis. (WSAW) – A community has come together to honor Orville Larson, a 90-year-old man in hospice. A Facebook post brought in hundreds of bikers and classic car owners for an honorary parade.

The family that organized the motorcycle parade did not expect a large crowd. Little did they know their Facebook post would be shared in the biker community.

“We don’t know how long he has left, but we wanted to put a smile on his face,” said Dave Larson, son of Orville Larson.

Orville Larson has always been a motorcycle and car fanatic.

“There in the ’50s he started racing Indian bikes and Harleys on a flat track,” Dave Larson said.

Orville Larson’s health is declining. His family said he had four strokes in the past month.

It was then that Orville’s daughter had the idea of ​​organizing a motorcycle ride for him. She decided to publish the event on Facebook.

“After my son-in-law said he was bringing his friends on bikes, I thought it would be nice if we could get a few more bikes,” Orville’s daughter Kathleen Page said, “So I I never, ever in my life thought we’d have so many.

“There are people from Hurley, Marshfield, Augusta, Madison, all over the state, people are here today,” Dave Larson said.

A parade of over 300 motorcyclists and 80 classic cars surprised Orville as they passed his home to honor him.

“It was beautiful. I never expected this. Never in my life,” said Orville Larson.

Even Michigan bikers came to town to honor Orville. The family said the support has been overwhelming.

“It shows that small communities come together in times of need,” Dave Larson said.

“So just the fact that everyone is there for him for this and the end is really near will mean so much to him,” Grimm said.

Orville’s family said it was great to use social media in a positive way to bring people together.