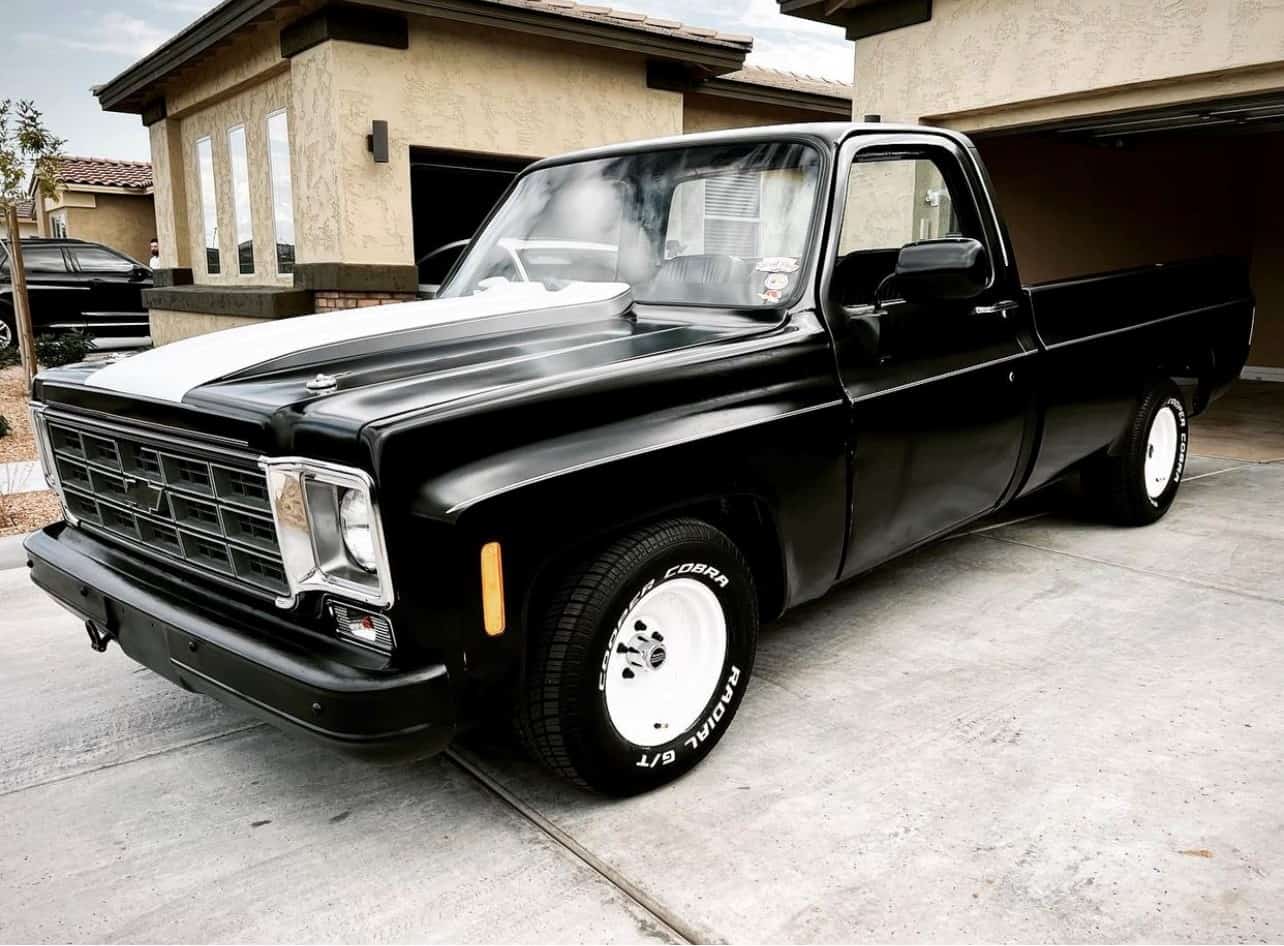 (Editor’s note: With this story, we are relaunching the My Classic Car series, in which we ask readers to share their classic car stories using the link at the end of this article.)

A few weeks ago, After 29 years of waiting, I joined the classic car club when my wife and I purchased a 1977 Chevrolet C10 long bed from a couple in Queen Creek, Arizona. Once in a while, often rarely, you get to make a dream come true and with the purchase of a 45 year old truck I got one of mine.

I became a fan of classic cars, and cars in general, when I was 14 and my dad bought a 1964 1/2 Ford Mustang from a classified ad in the Santa Rosa Press Democrat. It was mechanically sound, with a rebuilt engine and transmission, but it needed paint and some peripheral parts. I hand sanded the body to prep it for a proper paint job beyond its gray primer aesthetic, and was given a Haynes manual for installing a larger radiator, fan, and new starter.

This was my introduction to cars and simple repairs. Any job I’ve done has been reviewed and road tested to make sure I haven’t screwed up, and for the most part my job has been a success. When I got my driver’s license at 16, I was not allowed to drive it on the pretext that a lot of power is a bad idea for a new driver. My parents were right, because I wrecked the 1985 Dodge Lancer I owned within six months of getting my license.

Time passed and my parents sold the Mustang, they rarely drove it, but I was allowed to drive it once. During the Mustang’s swansong, I accidentally sputtered the tires on Mendocino Avenue and got a glare from my dad. We drove home in silence and the car was sold within weeks.

I was addicted to cars but there were fiscal realities. – I worked as a cashier at Blockbuster Video – and logistics, I was about to move for college. I couldn’t have a classic as a second car.

Life, marriage, the birth of my son, divorce and everything in between made a hobby car a bad idea in your thirties. Time passes, the realities of life evolve.

A new marriage to the love of my life, a new career as an automotive writer, and as I entered my 40s, the idea of ​​having a classic car in my garage became realistic.

My wife was sending me links to cars she saw online, mostly 1960s-1970s American cars, but nothing caught my eye in good condition and within our cost parameters. Since we weren’t in a rush, we could take our time and shop wisely. We had no specific idea of ​​exactly what we wanted, just a general notion. It would probably be American and have a V8. We cast a wide net and searched.

In late January, my wife came across an ad on Facebook Marketplace for “another 1977 Chevy.” It was heavy on detail and had some great photos. I immediately fell in love.

“This truck has undergone a restoration down to the chassis,” the vehicle description reads. “The only original parts left are the outer cab, frame, rear housing, steering box and front radiator support. I have over $23,000 in receipts. And well over 5,000 hours of The truck is currently driving and driving.

The description listed all the parts and labor put into the C10. It was a substantial list and the accompanying photos on the truck instagram profile showed that all the proclamations of the truck’s revival were legitimate. An email dialogue with the seller began and a week later we were in Queen Creek to view the C10 and take it for a test drive.

Truck owner Jimmy greeted us and went over the frameless restoration. He did a great job on the truck and his passion for the project was evident. you might want to mention why he was selling the truck after all that hard work. Vehicles are inanimate objects, but they become family when you spend a lot of time and effort maintaining them. An hour and a half of talking about the car passed before I realized we had to test the C10. Always friendly, Jimmy gave us the keys and we walked through the development.

Loud, brash and well put together, the C10 didn’t drive like an old farm truck. Under the hood was a Summit Racing ATK High Performance 350 Ram Jet crate engine mated to a new Turbo 350 automatic transmission and a B&M ratchet shifter. With a flat matte black exterior, an induction hood with a white center stripe, and with a lowered stance, it looked mean.

The trip was short, but we were won over. After the return, the negotiations started and we came across an agreed price. I don’t think Jimmy was in a rush to sell his baby, his project, but life passes, and you have to make sacrifices.

A few weeks later we picked up the C10 and Jimmy graciously gave us a truckload of spares. I thanked him for the C10 and told him he was going to a good home that would take care of it. The truck would be a family project to share our love of cars with my son, and a weekend cruiser due to its estimated 8 mpg.

After picking it up, I drove to the ClassicCars.com Office. It was a cold, turbulent ride with the truck windows not yet installed (they were with the spares). My wife followed me in her SUV – the truck’s speedometer must be plugged in and I wanted to maintain a legal pace. She said I was smiling the whole ride when she turned around in her mirror.

Under normal circumstances I wouldn’t be happy driving in 50 degree weather without windows or heating, but with my first classic car it was fun, even if it was cold.

Final work begins: install windows, wire gauges, some other fixes. And I’m looking forward to all of this.

Do you have a classic car with a story to share? To visit this linkfill in the information and submit your story.

Converting a classic car into an electric vehicle can bring benefits