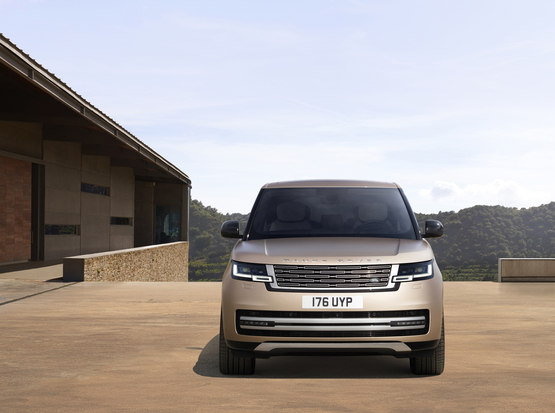 Land Rover has launched the all-new, fifth-generation Range Rover, which is available to order now for deliveries in Spring 2022.

While the new Range Rover looks a lot like the old one, it relies on a new platform that makes it easier to install a new range of engines and technology.

Two plug-in hybrid powertrains will be available, offering emission-free range of up to 62 miles per charge. Both combine an electric motor with a new six-cylinder petrol engine, delivering 440 hp (P440e) or 510 hp (P510e).

A fully electric Range Rover will also be offered for the first time. Details have yet to be revealed, but the car will hit dealerships in 2024.

From its launch, the new Range Rover can be specified with any of four powertrains. The petrol P400 serves as an entry-level model. It uses a 3.0-liter six-cylinder petrol engine with a mild hybrid system, developing 400 hp. There’s also a flagship P530, powered by a BMW-derived twin-turbo V8.

A pair of six-cylinder mild hybrid diesels complete the range, in the D300 and D350 versions.

Buyers can choose between a short or long wheelbase, with the option of a four, five or seven seat configuration.

The luxury SUV is initially available in SE, HSE and Autobiography models. A first edition will also be available throughout the first year of production, based on the high-end autobiography.

Later in 2022, a more exclusive SV version will be launched and will offer a bespoke tailoring.

To enhance the driving experience, a new air suspension system uses navigation data to adapt to the road ahead. It is paired with a new 48-volt electric roll control system, with electric anti-roll bars to maintain stability when cornering.

A 1600W Meridian Signature audio system helps the new Range Rover deliver one of the quietest vehicle interiors on the road. The active noise cancellation system monitors wheel vibrations, tire noise and engine sounds transmitted into the passenger compartment and generates a cancellation signal, which is played through the system’s speakers. These include a pair of loudspeakers in the headrests for each of the four main occupants of the cabin.

The new Range Rover is also the first Land Rover to be equipped with power-assisted doors, for easier entry and exit. Advanced hazard detection means doors can stop automatically until the door sweep is clear.

“In the quest for comfort, we have been obsessed with human science and understanding brain activity to minimize cognitive impact and ensure that these advanced technologies work in perfect harmony, creating a truly effortless driving experience. C It’s an engineer’s job to improve people’s lives, and that’s exactly what the new Range Rover will do for you.