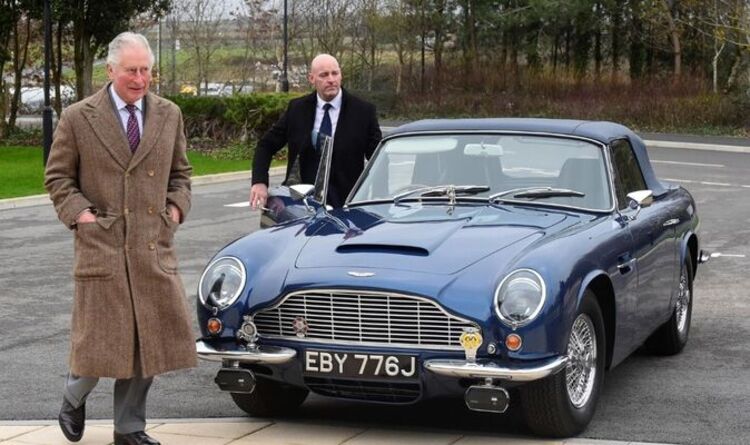 Members of the royal family are regularly spotted driving around their estates and sometimes on their own official visits. Prince Charles is no different, but his beloved car went directly against his environmental views with how quickly it consumed fuel, so he came up with a solution. For his 21st birthday, the Queen bought the young prince an Aston Martin which Charles has kept ever since.

The beloved car has been well-maintained for decades and now runs partly on wine and cheese to reduce emissions, the Queen’s son has revealed.

During an interview with BCC’s climate editor, Justin Rowlatt, Charles said he uses many practical, everyday steps to do his part for the planet, including secret food for his car.

He said, “My old Aston Martin, now running on trash.

“It works with – can you believe it – a surplus of English white wine and whey from the cheese-making process.”

When Charles pitched his idea to the engineers at Aston Mating, they reportedly said, “Oh, that’s going to ruin everything.”

Charles argued a bit and replied, “Well, I won’t drive it then.”

Engineers “now admit it runs better and is more powerful than gasoline…And also smells good when you drive.”

Not only was the car in his sights, but so was the royal train, which Charles fought to similarly change when he wanted it to run on cooking oil.

Charles revealed he was “deeply worried” about the state of the world and what will be left for his future grandchildren.

Charles’ efforts and work have been largely driven by younger generations: “Why do you think I’ve been doing this all these years?

“Because I thought – and I always thought – about the next generations.”

His son Prince William congratulated his father at the launch of his Earthshot Prize Awards last year.