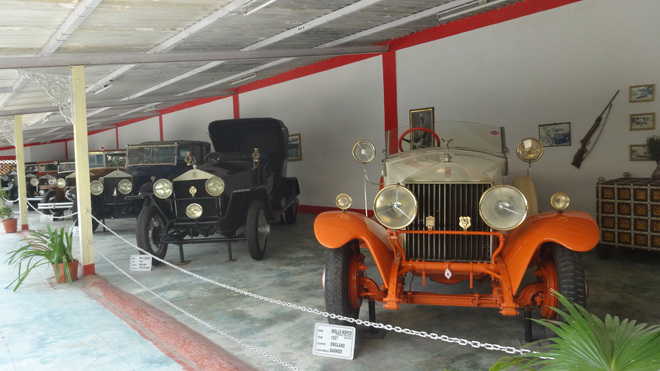 No takers for the vintage car museum in Chandigarh: The Tribune India

There are no takers for UT Administrator Vice President Singh Badnore’s dream project, a museum of vintage cars and heritage furniture, in the city. Even after issuing new tenders, no company showed interest in managing and managing the project.

The UT administration had issued a third tender for the project to convert the government press building in Sector 18 into a museum of vintage cars and heritage furniture.

Bids have been solicited from companies and agencies willing to run the museum at a monthly rent of nearly Rs 4 lakh by the Culture Department of UT Administration, but no company has come forward. presented to manage the museum.

According to the terms and conditions, the selected company will take care of the establishment as well as the maintenance and operation of the museum. On the ground floor of the building, where machines used to operate earlier, a vintage car museum is to be built. It will have around fifty old cars.

Each car will display its owner’s name, model, company name, chassis and engine number. As soon as you enter the building, there will be a museum of vintage cars and motorcycles on the left. The next section will be devoted to heritage furniture. It will highlight designer furniture by Pierre Jeanneret and other heritage works.

Letters from the French architect Le Corbusier and his cousin Pierre Jeanneret, manhole covers and many other objects belonging to the city will be exhibited there. The Government Museum and Art Gallery has a large number of heritage items, including furniture, drawings, murals and models made by Le Corbusier and his associates. The High Court of Punjab and Haryana, Civil Secretariats and Vidhan Sabhas of both states have a large stock of heritage furnishings.

The Art and Culture Service contacted the inhabitants of the tricity. No less than 24 have agreed to park their vintage cars in the museum.