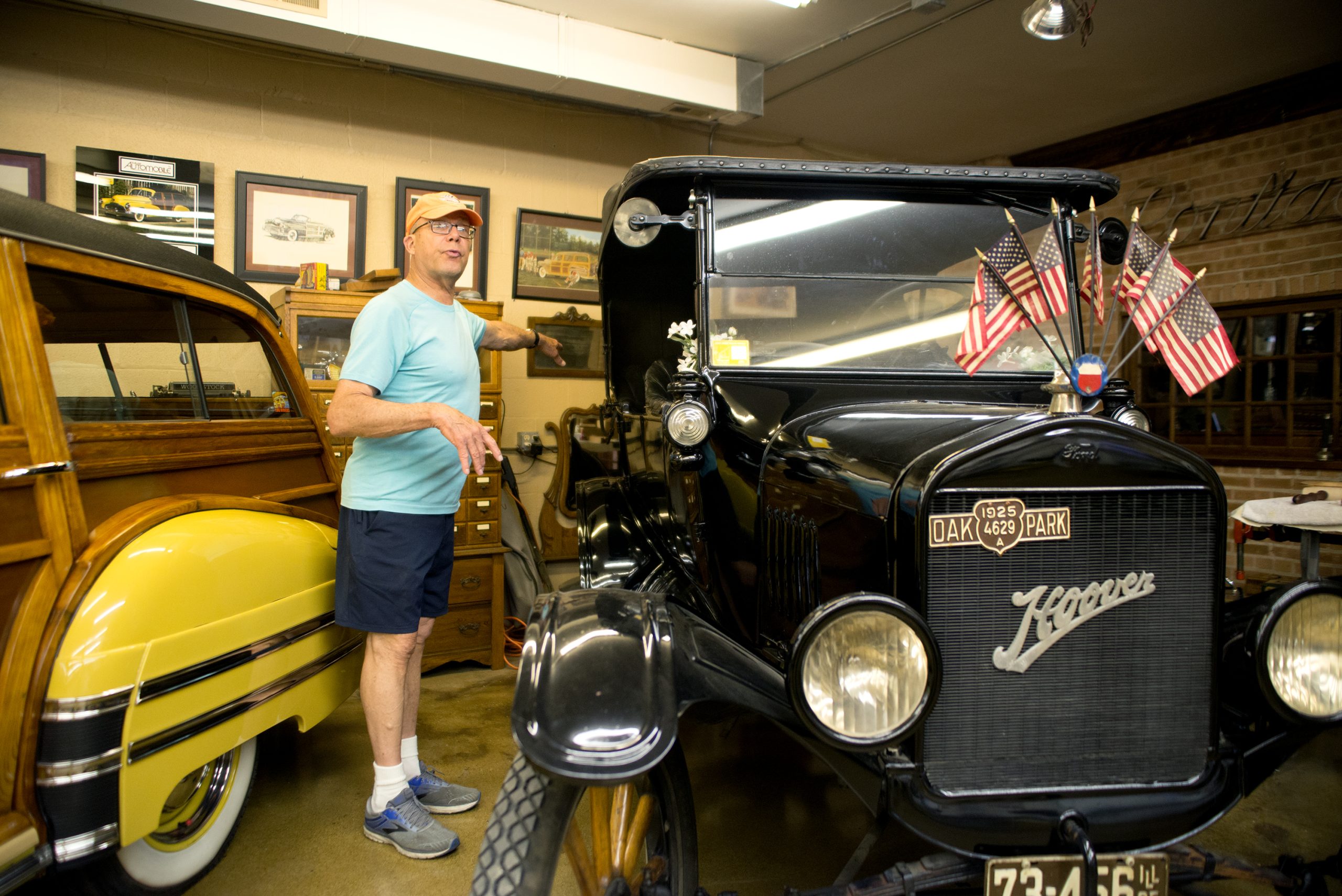 For the first time ever, the Oak Park Vintage Car Club and the Oak Park River Forest Museum are teaming up to host a free vintage car exhibit. Everyone is invited on June 11 to step back in time, visiting a time when the Ford Model T and other historic automobiles ruled the highways.

From 10 a.m. to 1 p.m. that day, fully operational and beautifully restored vintage vehicles line the streets outside the museum at Lake Street and Lombard, allowing attendees to marvel at the incredible feats of the machines. All cars shown belong to Oak Parkers. Owners will be on hand at the outdoor lounge to answer questions and share special stories about their vehicles.

These stories are often as special as the cars, some of which are almost a century old. Take for example Dan Lempa’s 1925 Model T, which will be on display at the show. The automobile originally belonged to Lempa’s father, who bought it when Lempa was 8 years old.

“I watched him restore it,” he said. “I myself restored it again 30 years later.”

Lempa also plans to park his 1939 Pontiac station wagon and 1942 Buick. A longtime member of the Oak Park Vintage Car Club, Lempa has restored many cars over the years.

He bought his first car three years before he could legally get a driver’s license. Lempa repaired and repainted this car, a 1926 Model T, over a period of years and spent many defining moments of its life inside.

“My wife and I actually had our very first date in this car,” he said.

The Oak Park Vintage Car Club has approximately 50 members and, like Lempa, all have extraordinary stories to share, as well as an in-depth knowledge of automotive history.

“There’s no doubt that automotive history is a fascinating story that has many facets and appeals to many people, even if they don’t personally own a classic car,” said Frank Lipo, director executive of the OPRF museum.

“People often remember their first car, their old family car, and the car they always wanted as a teenager or even as an adult.”

Free admission to the museum is also offered during the event. Inside the museum, visitors can see photographs of vintage vehicles taken in Oak Park during their heyday. They can also consult an automobile directory from 1918.

Museum volunteer Kenn Sinko has also developed a special slideshow for the event, detailing the history of Oak Park’s ‘Auto Row’ along Madison Street which once served as a major car shopping destination. .

The show is expected to feature 60 vintage cars, weather permitting. The outdoor exhibit begins at the corner of Lake Street and Lombard Avenue, extending down South Boulevard between Lombard and Harvey. Those interested in showing their own vintage car should email Lempa at danlempa9@gmail.com.

For security reasons, it will not be allowed to get into the vehicles. However, the event is still sure to be a gas.

Where can I get a bad credit loan?