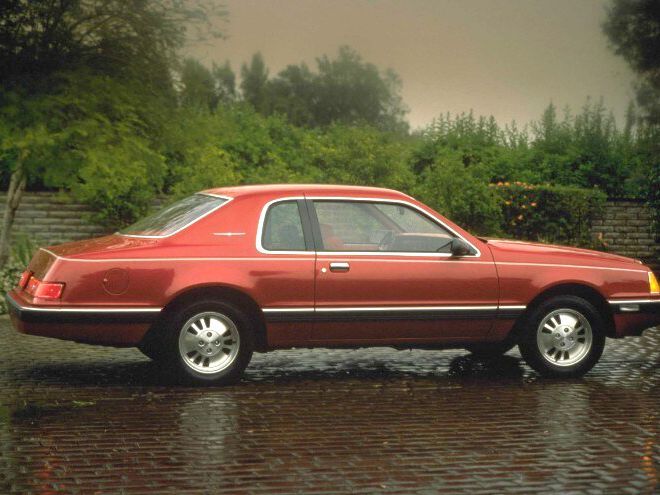 OLD CARS: The 1983 Thunderbird had a huge influence

Ford hit a brick wall with its Thunderbird in the early 1980s. Sales plummeted and the reputation of the nameplate suffered.

The 1980 Thunderbird should have been a hit. It was smaller than its predecessor, but care was taken to ensure that its overall styling emphasized its heritage. Additionally, the new Thunderbird was more fuel efficient, an important selling point at a time when fuel economy was a priority for many buyers.

And yet, the 1980 Thunderbird was a dud. Her appearance was very boxy, as was the fashion at that time. But its distinctive styling, or lack thereof, didn’t resonate with buyers.

The 1982 numbers were Thunderbird’s worst sales numbers since 1975, when 42,685 cars were sold. Yet in 1975 Thunderbird was built alongside the Lincoln Mark IV at Ford’s Wixom plant in Michigan. And it shared a lot of components with Lincoln’s personal luxury car. Indeed, Thunderbird was a complete luxury car and the most expensive automobile sold under the Ford brand in 1975.

And Thunderbird for 1980 was even smaller. It shared the Fox platform, used by the very unremarkable Ford Fairmont.

And so Ford’s game – of trading on Thunderbird’s reputation – ended. The 1980 Thunderbird looked nothing like its 1975 model.

To be a little charitable, the early 80s were not the best time to sell a new car. North America was caught in a massive recession characterized by high unemployment, high inflation and crippling interest rates. It was an economic nightmare for all automakers, all struggling to find a way through the crisis.

Yet the new 1980 Thunderbird was not the car of the time. It didn’t take long for Ford’s vice president of design, Jack Telnack, to be approached by a member of Ford’s management and ask if he’d like such a car in his driveway.

The negative response was enough for management to immediately decree the design of a new Thunderbird. It wouldn’t be ready until the 1983 model year.

And the 1983 Thunderbird was unlike anything being built by Detroit automakers then. For starters, he was round and there was no straight edge to his beautiful body.

The trend to build cars with straight edges began in 1975 with GM stylist Bill Mitchell’s Cadillac Seville. This model was taken further with the full-size cars launched by GM in 1977. Over the next few years, all automakers adopted the same approach. Straight edges worked for some cars, but not all.

The 1983 Thunderbird was a big departure from what Detroit had grown accustomed to for nearly a decade. Telnack and its designers borrowed heavily from Ford of Europe, where streamlined designs were becoming popular.

The new Thunderbird had no straight line anywhere. The body flowed over rounded edges and curved metal. Even the doors were different. Ford used “airplane-style” doors with curved edges in the roofline. The drip has been concealed and designed for a more attractive design.

The sheet metal of the new Thunderbird was so smooth, so streamlined that its drag coefficient had been reduced from 0.50 to 0.35.

The new Thunderbird came with a wheelbase of 104 inches, a length of 197.6 inches and a height of 53.2 inches. Thunderbird weighed just over 3,076 pounds. It was not a heavy car by conventional standards.

There were three models: the standard Thunderbird, the Heritage Thunderbird and the TurboCoupe. The base engine for the Standard and Heritage models was Ford’s 3.8-liter Essex V6, although the company’s 5.0-liter Windsor V8 was an option. For the TurboCoupé, Ford used a turbocharged 2.3-liter four-cylinder Lima engine, overhead camshaft with electronic fuel injection and a five-speed manual transmission with overdrive.

All 1983 Thunderbirds featured modified MacPherson front suspension and gas-charged shocks and struts, and were equipped with variable rack and pinion steering.

They also came with a front console over the transmission tunnel, but only the TurboCoupe came with a floor shifter.

Ford hoped to sell many of its Heritage models, the most expensive Thunderbird of 1983. It featured a galaxy of electronic gadgets.

Ford’s 3.8-liter V6 was said to offer “impressive fuel efficiency thanks to its advanced combustion chamber design and value porting.”

And the car’s SelectShift transmission incorporated a lock-up torque converter to provide a near-mechanical linkage between the engine and transmission in all three forward gears.

An automatic overdrive was optional. It had been introduced with the 1980 Thunderbird to improve fuel efficiency. This allowed the car to shift into overdrive fourth gear at around 40 miles per hour, allowing the engine to rev a third slower and improving fuel economy on the highway. SelectShift was available in the optional 3.8-liter or 5.0 V8 engine.

Ford boasted that the new technology allowed Thunderbird to achieve 29 mpg fuel economy on the highway.

Thunderbird’s new TurboCoupe has attracted a lot of attention. It featured the first-ever four-cylinder engine for Thunderbird.

As already described, it was a turbocharged 2.3-liter overhead cam engine. It featured electronic fuel injection and an overdrive five-speed manual transmission. The TurbeCoupe came with its own rear suspension, using something Ford called Quadra-Shock, and came with its own aluminum wheels fitted with Goodyear Eagle HR Performance tires.

The TurboCoupe was arguably the most attractive of the three Thunderbird editions. Its exterior featured charcoal and black accent treatments, a unique fascia with an integrated air dam, and Marchal fog lamps. Remote-controlled power mirrors were available for both sides of the car.

Overall, the new 1983 Thunderbird was deemed a success, or at least an influential car. Ford only sold 121,999 models in the first year. Not a huge number, but almost three times as many cars as in 1982. The 1984 model year of Thunderbird would be the best for this generation, with 170,551 units sold.

Ford sold a total of 885,745 Thunderbirds during those years, but the sleek new car’s influence on the company and Detroit’s auto industry was far greater.

The Carmel competition is back, with great vintage cars and an impressive turnout