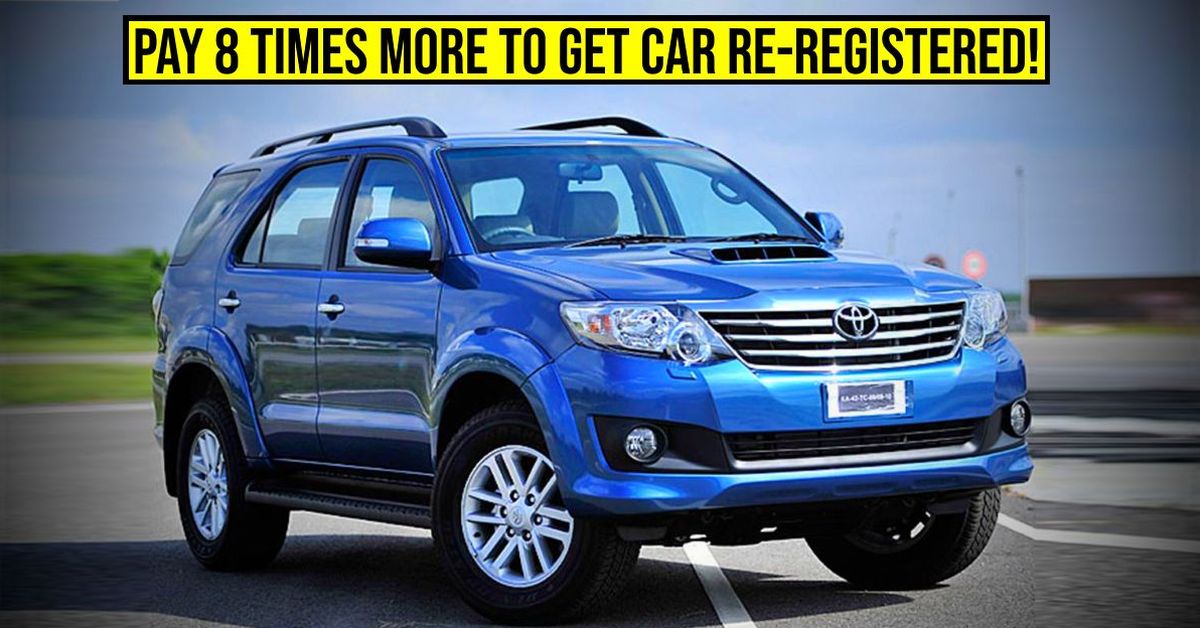 In the latest development, the Ministry of Road Transport and Highways has given a green signal to charge high amounts for re-registration and heavy penalties for vehicles over 15 years old. The new rule is part of the Central Motor Vehicles Rules Amendment, 1989, which came into force on April 1, 2022.

In accordance with this new rule, all owners of two-wheelers, light motor vehicles, three-wheelers and four-wheelers and imported two-wheelers 15 years old will now be charged approximately 3 to 8 times the original amount charged. previously. As a result, re-registration of 15-year-old two-wheelers will cost Rs 1,000 from the current charge of Rs 300, while the same for light-duty motor vehicles has increased from Rs 600 to Rs 5,000. imported four-wheelers, the re-registration fee has been reduced from Rs 15,000 to Rs 40,000.

The Ministry of Road Transport and Highways, however, has not changed the registration fees for new vehicles, which remain at Rs 300 for two-wheelers, Rs 600 for three-wheelers and light motor vehicles, Rs 2 500 for imported two-wheelers. and Rs 5,000 for imported four-wheeled vehicles.

Similarly, for gearless and automatic motor vehicles, the advertised charge is Rs 500 for two-wheelers, Rs 1,000 for three-wheelers and light motor vehicles, Rs 1,300 for medium/passenger vehicles and Rs 1,500 for heavy goods vehicles/passenger vehicles. If you delay in issuing the required certificate of proficiency, an additional charge of Rs 50 will be levied for each day of delay.

While this new rule may encourage many people to scrap their old vehicles and trade them in for new ones, it will also become a financial burden for people who cannot afford a new vehicle.

6 things to look for in payday loan companies