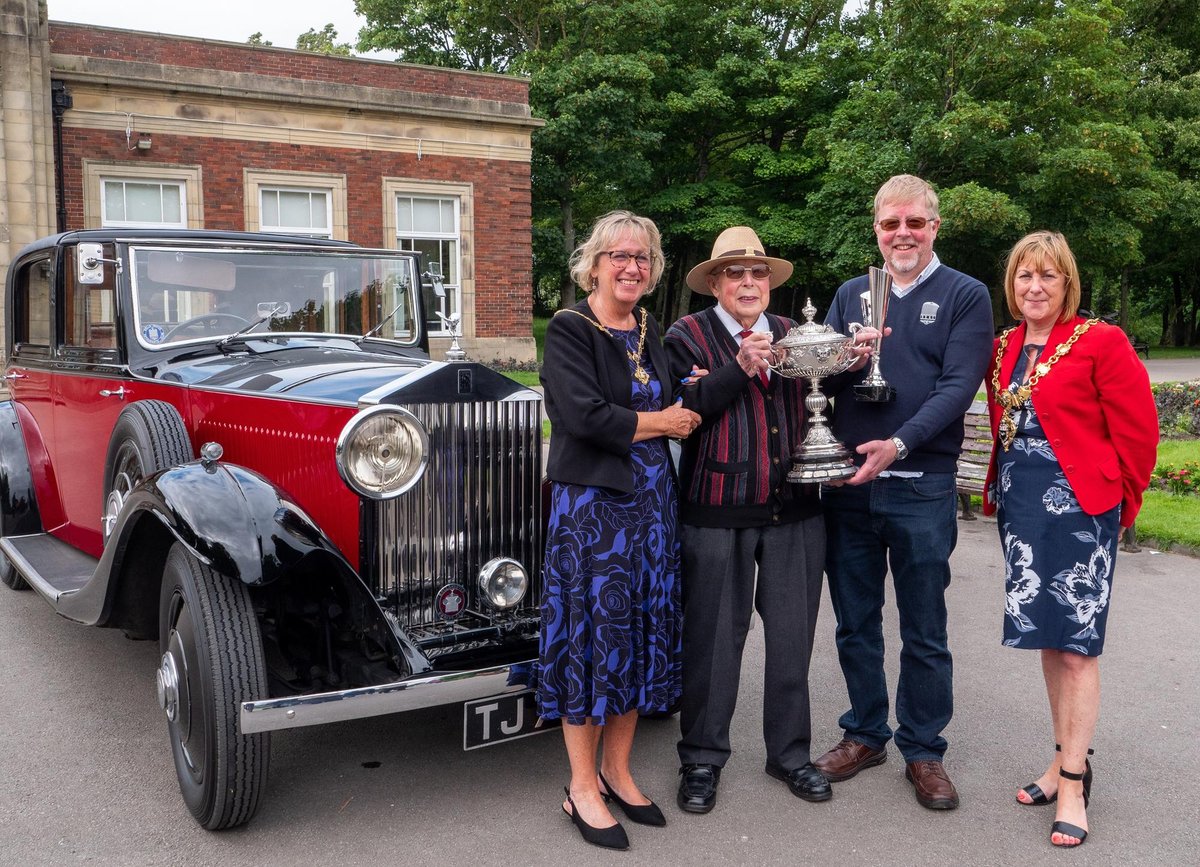 Roy Brooks, 93, wins the Manchester to Blackpool Classic Car race as the event makes its final trip after 60 years

Six decades after taking part in the very first of the races in 1962, Roy Brooks won the event’s prestigious Blackpool Corporation Trophy in his 1934 Rolls Royce Sedanca de Ville – at the age of 93.

He was accompanied by his 62-year-old son Philip, just as he was in 1962 when Philip joined dad on the classic 50-mile race, aged just two.

Roy now lives in Bury, but grew up in Blackpool, and he and Philip were presented with their trophy by Blackpool Mayor Kath Benson and Mayor Therese Clarke.

Roy Brooks, 93, and his son Philip are presented with the Blackpool Corporation Trophy by Mayor of Blackpool Kath Benson and Mayor Therese Clarke

Lancashire Automobile Cluborganizers of the event, have decided to end the annual event due to the now complex traffic system around Manchester and other developments which have reduced the availability of country roads over the years.

It was first held in 1962 as the North of England version of the London to Brighton Car Run, and became known for its impressive collection of unique and pre-war vehicles, attracting hundreds of spectators enthusiasts every year.

Although its starting point in Manchester has changed over the years, its traditional ending point at Stanley Park Italian Gardens in Blackpool was maintained until the end.

A Lancashire Automobile Club spokesperson said: “After 60 years it has run its course, and with continued urban sprawl in the Greater Manchester and Preston areas we are finding interesting routes harder to find. .”

Did you know that not all Delta 8 gummies are made equal?