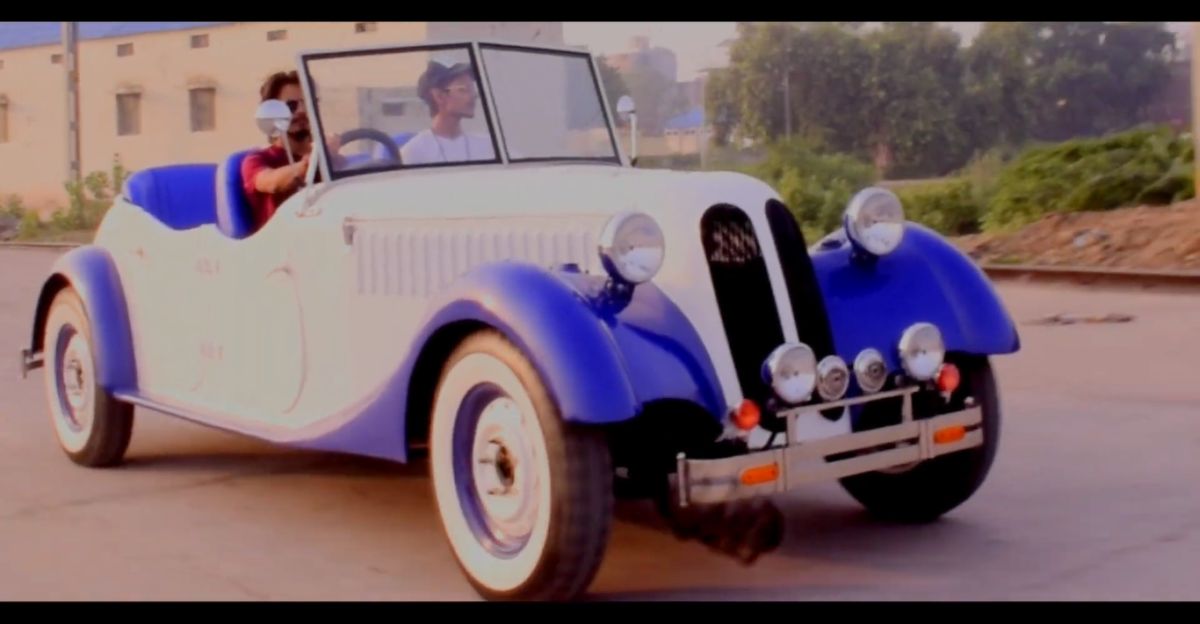 Tata Nano has already been launched in the Indian market with the aim of making many dreams of owning a car come true. Due to several problems, the car could not reach it and Tata had to stop the vehicle. It was the most affordable or the cheapest car in the world. When the car was available for sale, Tata released several variations of the small sedan. Although Tata has officially withdrawn Nano from the market, several examples of this sedan can still be seen on our roads. There are also modified examples. Here we have a video where a Tata Nano has been modified or rather converted into a vintage car.

The video was uploaded by The garage life motor to their YouTube channel. The video simply shows what the modified Tata Nano looks like from the outside and the inside. First of all, the car has been completely redesigned or modified and it no longer looks like a Nano. The whole car design was inspired by a vintage car. The video does not mention whether the body was purchased or whether it is a handmade unit.

Read also: Tata Nano in the 1960s: what it would have looked like

The modified Tata Nano has a very retro design like any other car from this era. It has a wave-shaped design on the front fenders which contain tall and thin steel rims. The hood is long and the grille is a set of oval-shaped units. The front bumper on this car was custom made and is made of metal. It has a pair of auxiliary lights installed on it and the horn is placed between these lights. Turn signals are also placed on the bumper

The headlights of this modified Nano are placed on the fenders like many other vintage cars. There are vents on both sides of the hood to circulate air inside the engine compartment to keep the temperature low. The hood ends and there is a vertical windshield. It is split, which was common in cars at that time. The car has suicide doors to maintain the retro look.

As we all know the Tata Nano is a very small car, but this vintage version of the same looks long and it makes us think that the people working behind this car would have increased the car’s wheelbase to get the appearance and desired proportions. The rear of the car has a curvy or wavy design that looks pretty good on it. Originally the Tata Nano was a rear-wheel drive car and we don’t know if the person behind this creation made any changes to that or not.

Just like at the front, there is a metal bumper at the rear and the fenders get a taillight and turn signals installed on it. Inside, it’s an open-top vehicle and the whole car has a two-tone blue and white theme. The interiors are all finished in blue. The seats receive blue padding. The dashboard is finished in blue and so on. The only thing that will remind you that this is not a vintage car is the instrument cluster. It was carried over from the Tata Nano on which the car is actually based. Overall, the work done on this car looks extremely good and unique.

10 reasons why you should buy a classic car this year