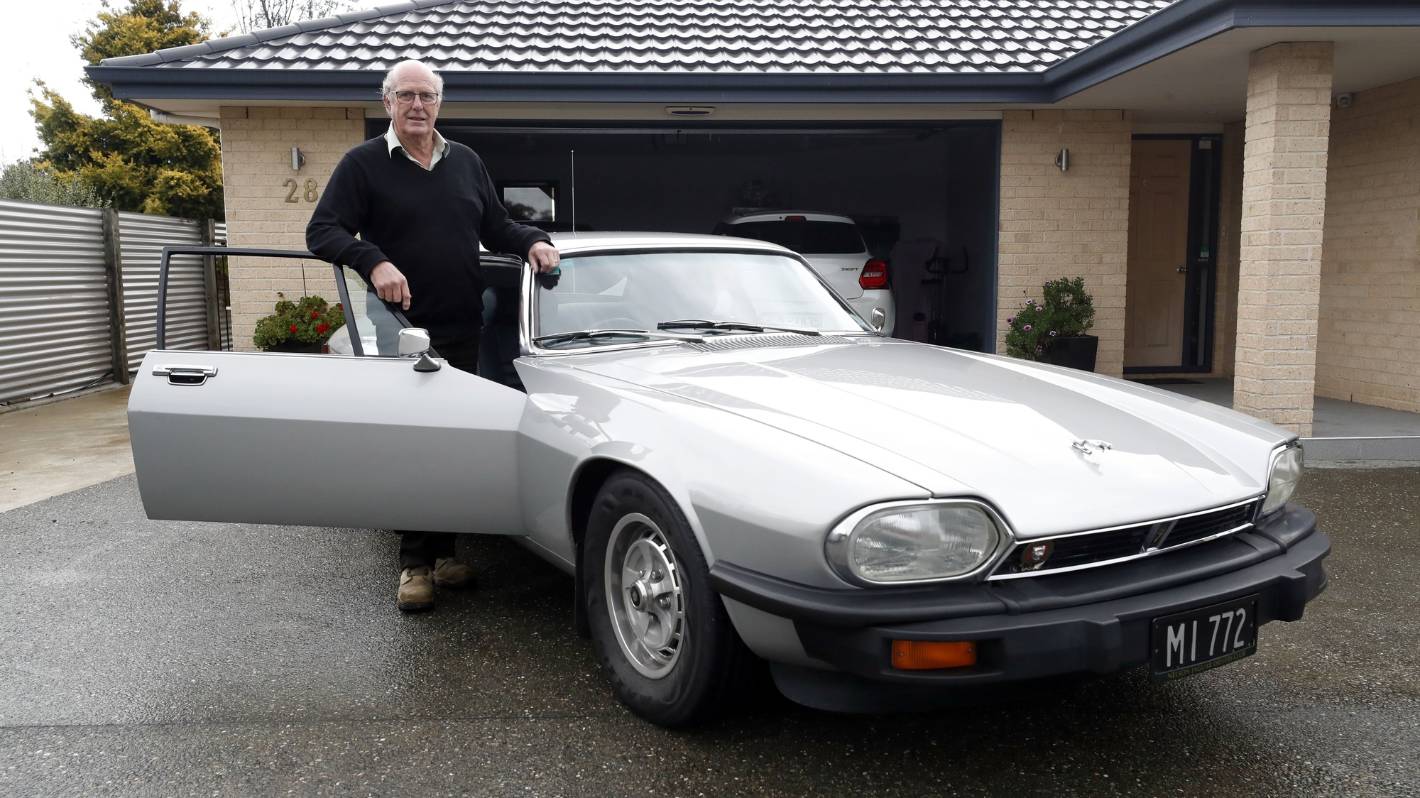 Member of the Nelson Jaguar Drivers Club, John Eales with his 1977 Jaguar XJS.

Almost four decades have passed since Nelson’s Jaguar Driver’s Club was founded, and they are ready to celebrate the milestone of 40 years with an exhibition of the car that brings them together.

Club committee member John Eales was bitten by the Jaguar virus in his 30s, but his memories of the British car go back to before he hit double digits.

He said he was only 9 years old when he saw Jag, his cousin’s first model, and thought, “This is something very special.”

Later, while at school in Waikato, “a guy from the local garage had a really nice Mark 2,” he said.

Watch how we walk through a range of Jaguar XJs through half a century.

“I loved that sound when I heard it on the road.”

After going through several different Jaguars, Eales now owns a 1977 XJS and a 2012 XJ V8.

And when people asked how comfortable the 2012 model was, he said it was “like driving a lounge suite.”

Eales has been on the Nelson Jaguar Drivers Club committee since joining in 1988 and said the club is “more of a social thing, it’s not all about the car”.

“Cars bring people to the club; people make the club.

John Miller joined the club just months after forming on the Queen’s birthday weekend in 1982 and is the club’s magazine editor.

He said that after starting with around 12 members, the club has grown “stronger and stronger” with now 79 family memberships.

“I played around cars for 50 years; started working at the car factory, and I can’t help but get a little stuck.

“They kinda get under your skin.”

Miller said what drew him to this sleek car was “that it looks cool, fits well and sounds great”.

Buckle up for a spin of Hampton Downs in a Jaguar XE SV Project 8.

Jaguar’s advertising slogan in the 1950s was “grace, space and rhythm”, he said, and the cars “embodied all of these values”.

The car that has the Queen’s Royal Seal of Approval is not a daily master key for men.

Eales prefers to take his for holidays and weekends, while Miller opts for his more “practical” Toyota Rav 4 for jaunts around town.

The 40th anniversary celebration, held in the parking lot of the Classic Car Museum, will welcome a special guest, kept secret, on June 4, while the celebrations will also continue on June 5. Registration is from 2 p.m. on June 4.

6 Genuine Ways to Get a Great Personal Loan