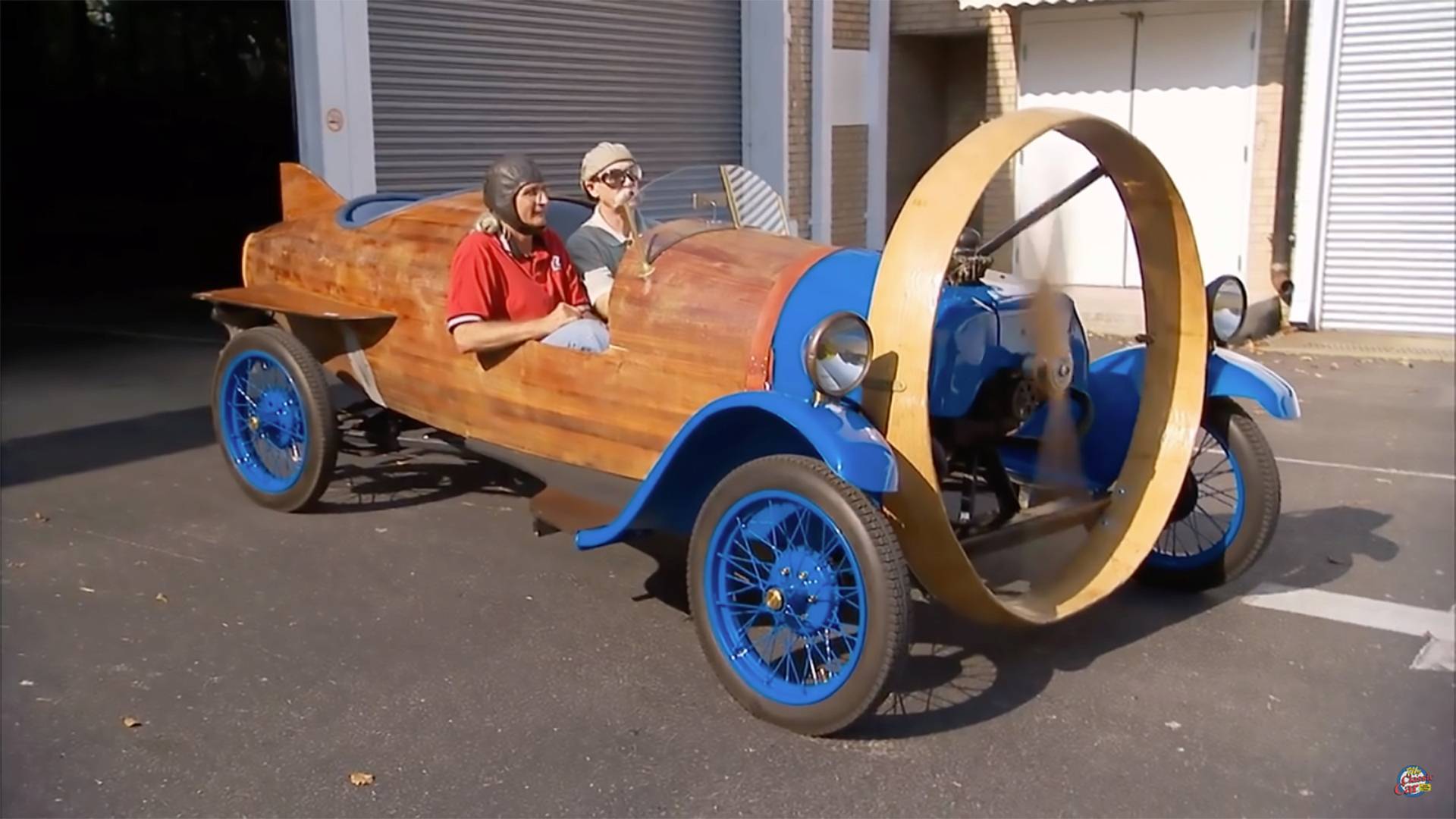 The Lane Motor Museum in Nashville is not your typical southern automobile museum. It doesn’t have 17 rows of classic Corvettes, Camaros, Mustangs and Chargers. The Lane Motor Museum is home to a wealth of original, rare and mostly European vintage, classic and modern vehicles. The collection, which has around 350 cars, is eclectic. “My Classic Car” toured the museum and got to see some of the collection’s weirdest models up close for an episode, which was recently posted on the show’s YouTube channel, MyClassicCarTV.

Right off the bat, “My Classic Car” host Dennis Gage – and his neat mustache – gravitates to a Czechoslovak car – the 1947 Tatra T87. This rear-engined, air-cooled creation has more than a few quirks. The T87 features a three-pane windshield because car manufacturers at the time could not produce curved glass. When new, the car was capable of 100 miles per hour, which made the rear wing functional for stability. Power comes from an overhead camshaft aluminum V8 engine.

Next we see a 1946 Hewson rocket. It’s a unique creation designed for aircraft manufacturers who needed something to build after the end of World War II. The Hewson Rocket features an all polished aluminum exterior, giving it the appearance of an airplane. The sole instrument gauge is from a Lincoln, and power comes from a 60-horsepower Ford flathead V8 engine.

The third vehicle Gage takes a look at is the 1928 Martin Aerodynamic. This is another unique creation with a water-cooled rear engine design. It has a wooden monocoque frame and an aluminum body.

The last vehicle that catches Gage’s eye is the 1932 Helicron propeller car. He was actually excited from the start, but he kept it last for a reason. As its name suggests, it is powered by a propeller. It’s also French. It is a wooden body covered with fiberglass to hold the vehicle together due to the lack of suspension. The Helicron was in working order when the museum found it in France. The restoration included a new propeller and fresh paint – which is French Racing Blue.

So next time you’re in Nashville, head to the Lane Motor Museum. There are more than a few unique cars that you won’t see anywhere else.