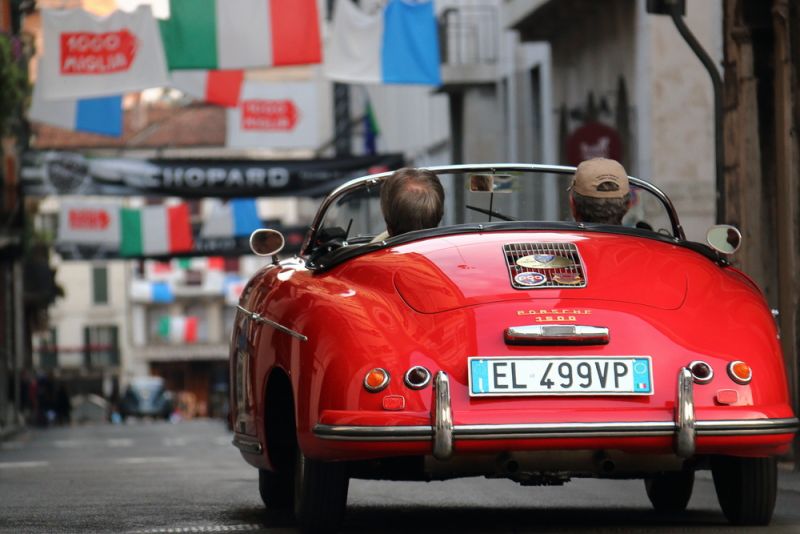 The 2021 edition of the Mille Miglia rally will see more than 400 classic and vintage cars traveling from Brescia, in northern Italy, to Rome and back again this week.

One of the oldest car rallies in the world, the Mille Miglia started in 1927, took place 24 times until 1957 and brought international fame to luxury sports cars such as Alfa Romeo, BMW, Ferrari, Maserati and Porsche.

The 2021 competition will follow the traditional route, from Brescia in Rome and back, with stages in Viareggio and Bologna, but this year the rally will run counterclockwise compared to previous editions of the original speed race.

From Brescia, the crews will head to the Tyrrhenian coast and stop at Viareggio, leaving the next day for Rome.

The third stage will start from there, go up north and end beyond the Apennines, in Bologna. The fourth and final stage, starting from Bologna, will lead to the traditional finish in Brescia.

Designed exclusively for classic and vintage cars, the 1,800km Mille Miglia has been a regularity race since 1977, meaning it’s more of a rally than a competition, with precise average speeds maintained all along.

Teams come from all over the world, and the race is only open to cars produced before 1957 and selected from models that participated in the original race.

The round-trip route between Brescia and Rome is similar to that of the original race, with the cars leaving Brescia on June 16.

Cars are expected to arrive in Rome on Thursday June 17th around 9.15pm on Via Veneto – where car fans traditionally gather to take in the spectacle – before the rally resumes its journey north the next day at 6:15 am.

For those who wish to spot the cars crossing Rome after Via Veneto, the traditional route usually goes through: Piazza Barberini, Via del Tritone, Via del Corso, Piazza Venezia, Via del Teatro Marcello, Via Petroselli, Piazza Bocca della Verità, Via del Circo Massimo, Viale Aventino, Piazza di Porta Capena, Viale Terme di Caracalla, Via Cristoforo Colombo, Viale del Pattinaggio and Viadotto della Magliana, until the arrival of the rally at the Sheraton hotel.

Commuters in Rome should note that the arrival of cars will result in the closure of Via Veneto and the rerouting of many bus services.