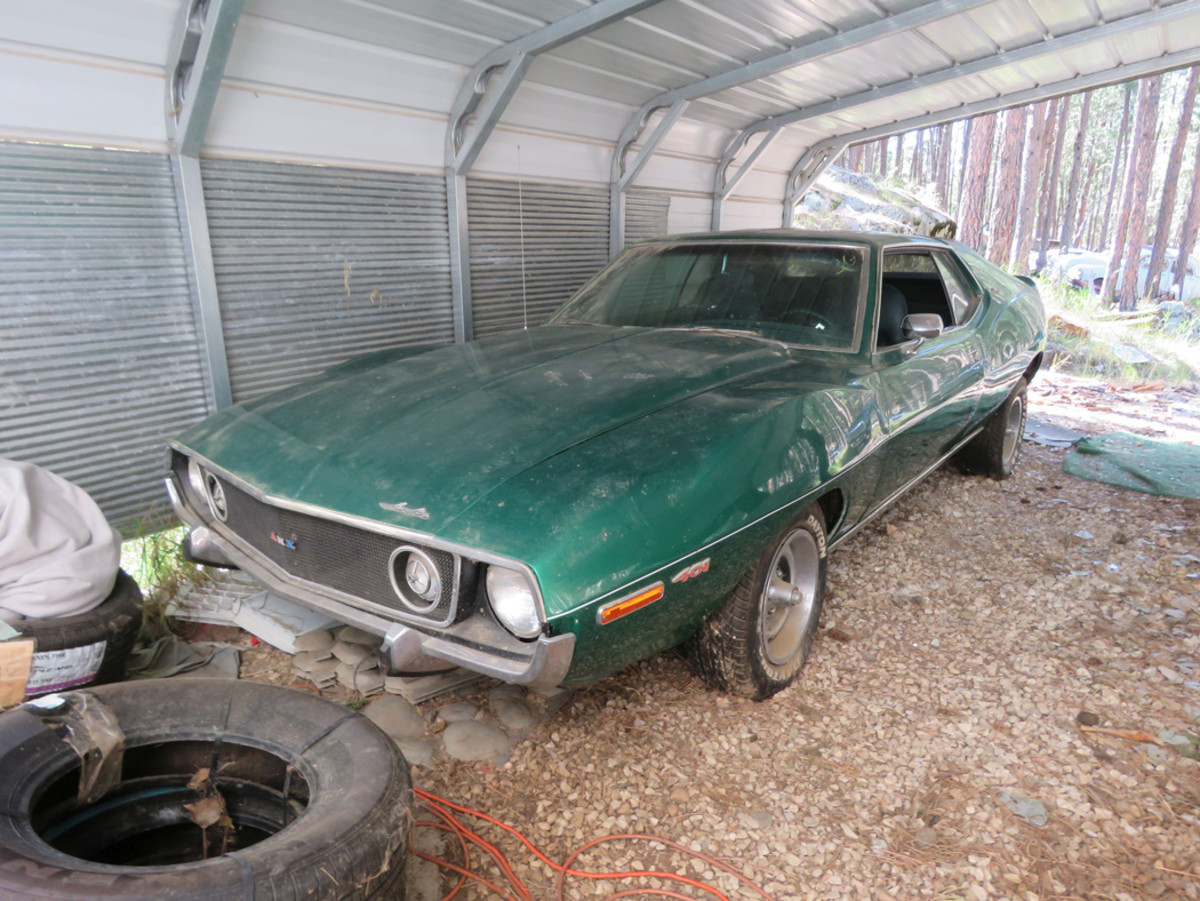 “There’s Gold in Them There Hills!” – The Gary Kuchner Collection

There’s gold in those hills! The Black Hills of South Dakota are known for their Wild West tales. The infamous “Dead Man’s Hand” and Wild Bill Hickock, Calamity Jane, Sioux Indians and Fortune-seeking Gold Pioneers. But for Gary Kuchner, his treasure is not the gold but the iron that Gary “unearthed”, Yee Ha, ca. 80 classic cars.

Gary began his search for old iron when he was a kid in Nebraska. Gary’s mother was fixing an old pedal car for him. She had just painted it and returned to find Gary had wiped down the seat and was leading him into the basement. From then on, he was crazy about cars. Gary got his first car, a 1942 Dodge that beat the local Chevrolets and Fords.

Gary built his 1st hotrod of a Ford Model A Sportster. He cut the roof off and put on 1946 Ford wheels and raced down the country roads.

After graduating from high school in 1955, Gary went to business school and learned to be a body man. His first job was at the Ford garage as a painter. This fueled his passion for building hotrods and a way to do it. Gary had heard of the hotrod craze in California and packed up his young wife and headed to California. Gary worked as a body man and loved car culture. But the farm called him back and he returned to Nebraska to the family farm. Gary took over the business and farmed for about 20 years and always did body work on the side. Soon he is looking for a change and sells the farm to his cousin.

Gary worked as a body shop in a Ford garage and a Rambler garage, but his favorite job was at a Chrysler dealership. From Road Runners to Challengers, Gary loved seeing the annual styling changes coming to the trucks.

He divorced, well, another marriage, and he went to find his treasures in the Black Hills of South Dakota. Gary’s choice of home matches his wilderness and interests. Her home is nestled among the granite cliffs and tall pines of South Dakota. Luckily for him, the internet was coming into its own, allowing him to “mine the web” for its “iron” treasures. The web was full of classic cars looking for a new home.

He bought a trailer and started buying cars from all over the region and the United States. Gary has had a lifetime of adventures buying cars and towing his trailer around the United States, but now, at 84, Gary has decided to sell his collection. It’s not that he parks the trailer, but he has more cars than time and he can’t restore them all, so it’s time for them to go to other collectors and for them to get some to profit from. VanDerBrink Auctions will sell the cars in an online auction only.

Gary is a wealth of information and a real car nut. His mind is so full of car trivia and he prefers Fords and Chryslers. The collection is full of Fords and many Chryslers, including “Big Fin” cars. The collection consists of everything from restored oldies to car projects and parts. There is a rare 1971 AMC AMX Javelin that has the 401 V8 and is one of less than 2000 built. The 1966 Ford Mustang GT Fastback would also make a nice addition to any collection. The collection includes everything from big finned MoPars to a 1955 Chevrolet Belair 2-Door ht. which belonged to the family. Approx. 80 vehicles that are offered in the auction. Since the cars are hidden near Gary’s home in the Black Hills, the auction will take place online only and can also be viewed by buyers by appointment.

As you walk through Gary’s collection, you start to see some of his fun personality. There’s a UFO crash sight, a car full of dolls, and characters that greet you as you drive up the winding road to the collection. The trip to see this collection and buy one from Gary is well worth it and truly “the gold in them over there Hills”

VanDerBrink Auctions will be selling the Kuchner Collection in an online-only auction and bidding starts now! Auctions will end on October 21st, 2022. For auction information, catalog, video and more auctions. www.vanderbrinkauctions.com or 605-201-7005.

Have you ever wondered what your classic ride is worth? Old Cars has you covered with the Old Cars report price guide. We are your source for unbiased, real pricing. Subscribe today and find out what your car is really worth! CLICK HERE register.

* As an Amazon Associate, Old Cars earns from qualifying purchases.