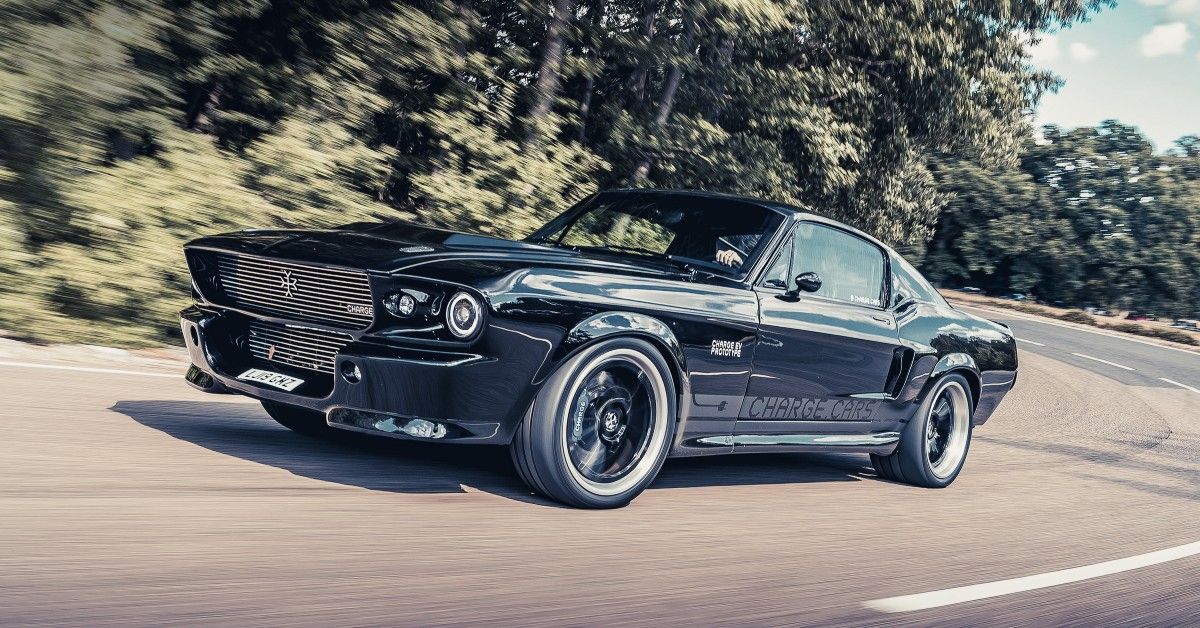 It might sound like science fiction a few years ago, but the age of electric vehicles has finally arrived. Automakers around the world are strategizing to fully electrify their cars by the end of the decade. Whether it’s a fully electric or hybrid vehicle, the automotive community is slowly embracing the inevitable change of direction in the industry.

Related: 5 Classic Muscle Cars That Are A Child’s Play To Restore (5 That Are A Nightmare)

But what happens to those who cannot let go of their classic vehicles? Keeping them now might be easier since emissions regulations only apply to modern vehicles. However, no one knows what the problem will be ten or twenty years from now. It may be that only electric vehicles are allowed on the roads. Fortunately, tuning companies are now taking classic cars and replacing their engines with batteries. Here are ten of the most impressive classic car conversions that money can buy.

London Electric Cars provides custom electric conversion services available to any customer who owns a classic car. The company is currently focused on Land Rovers, Minis and Morrises, and its latest project is the 1993 Rover Mini shown here.

The Rover Mini is equipped with an engine and transmission borrowed from one of the best electric vehicles on the market, the Nissan Leaf. It has a 20 kWh battery fitted in the trunk and under the rear seat. With this powerhouse, the London Electric Rover Mini gets a range of 70 miles around the city, which can be improved for those who don’t mind paying extra.

Zelectric is an electric conversion company that replaces the internal combustion engines of various German classics with electric motors. And while a Volkswagen Microbus might never make a list of the best classic cars on the market, Zelectric takes a classic model and turns it into a modern electric luxury vehicle.

The VW Microbus shown here was built as an Omaze giveaway in early 2021. It comes equipped with the best features of the 21st century and is powered by a 32kWh liquid-cooled battery from Tesla’s Model S.

One of RBW’s first projects was the MGB Roadster shown here. And instead of reusing the old worn out sheet metal from the original MGB, RBW teamed up with British Motor Heritage to dress the car with an all-new shell designed and built to the exact original shape and specifications. Its interior is one of the best in the modern market as it includes a Wi-Fi enabled Pioneer navigation system, power windows and other components.

ECD is a household name among enthusiasts as the company is dedicated to creating custom Defenders. Off-road catering equipment now offers electric Land Rover conversions, the one pictured here. Under the hood of the electric Defender is a massive 450 horsepower transmission from a tesla platform, which gives the all-terrain SUV a range of 220 miles.

The Electrified Defender offers adventurers all kinds of modern off-road suspension upgrades. Other upgrades include hill descent assist, regenerative braking, traction control, and it accelerates from 0 to 100 km / h in just 5.5 seconds.

Once a buyer submits their classic vehicle for restoration, the company dismantles it and takes approximately 30 days to collect it. The car receives an overhaul overhaul, with all old components replaced with new upgrades. Once that’s done, a whole new machine appears. The end product is equipped with a new all-electric drivetrain and improved independent front and rear suspension. One of the best products from Zero Labs is the Series III Classic.

Everrati Automotive offers electrode services for several classic cars, including four different Porsche 911s and a Land Rover Series IIA. The 911 964 presented here is the latest addition to the range. And it’s something special, available in narrow and wide specs.

The car is fully restored by Porsche specialists, after which it receives the special treatment of a 53 kWh battery and an electric motor of 450-500 horsepower. Also on the list is a custom Quaife ATB torque bias differential. The electrified 964 is good for 150 miles and accelerates from 0 to 60 mph in under 4 seconds. Inside is a fully modernized interior characterized by heated seats and a wide range of electric features.

If the new Mustang Mach-E isn’t as good as an electric muscle car, Charge’s Fastback Mustang should do the trick. The car is based on an officially licensed body for a realistic old-fashioned design. Charge switches the V8 powertrain from the original with a 64 kWh battery pack and a dual engine four-wheel drive setup.

Another company that offers bespoke conversion services is Moment Motors, based in Austin. This works exclusively with classic vehicles that have the potential to become iconic soon. One of their best builds is the old school Z model shown here.

Since each build is unique in its own way, Moment Motors uses a modular power system based on dual motor in-line configurations and stacked with interchangeable gearbox adapters for easy installation. Additionally, Moment has built an accompanying battery box set up using salvaged Tesla modules and buildable bricks that can easily be placed around the car depending on the space available.

Lunaz proved the world wrong after building the first electrified Rolls-Royce – a Phantom V. Subsequently, the company redoubled its efforts and brought on board a Silver Cloud. Like all other UK electrification projects, the attention to detail in this build is nothing short of amazing.

Lunaz took the Rolls-Royce apart and removed the original engine. The company then weighs and scans each component for absolute technical perfection. Expert engineers then build the car using top secret sofa-making techniques for an authentic and original finish with modern touches on the interior.

The Icon Derelict Mercury is quite the trailblazer, which was supposed to answer a few simple questions. One of them was why the world couldn’t combine classic style and quality with modern performance and functionality. To better answer this question, Icon built this electric conversion from a 1949 Mercury Coupe.

The conversion comes with an all new powertrain designed by Icon and Stealth EV. It has a dual electric motor, without transmission, which provides the vehicle with 470 lb-ft of freight train-like torque and 400 horsepower. And without changing gears, the vehicle accelerates to a top speed of 120 mph.

There are still plenty of cheap and shiny classic European cars out there to satisfy all collector’s tastes.

Sam is a professional internet researcher and writer. He is mainly interested and fascinated by cars and motorcycles. He has been writing on the same subject for a few years. Sam currently works for Valnet Inc’s Hot Cars as a full time contributor. He is also a professional graphic designer, digital marketer and sexual health consultant.

Devin Booker pulls out a $22,500 classic car before facing Anthony Davis and the…

Get ready for the jaw-dropping classic car show auctions