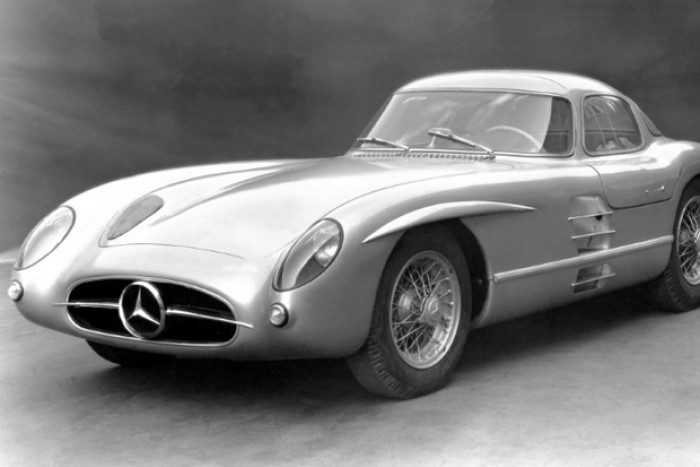 This vintage car is the most expensive in the world

A 1955 Mercedes-Benz 300 SLR Uhlenhaut has become the most expensive car ever sold after fetching 135 million euros at auction. (photo by AFP)

LONDON (Reuters) – A 1955 Mercedes-Benz, one of only two of its kind, sold at auction earlier this month for a whopping 135 million euros ($143 million), this making it the most expensive car ever sold, RM Sotheby’s announced on Thursday.

The Mercedes-Benz 300 SLR Uhlenhaut has been sold to a private collector, the classic car auction company said in a statement, reaching almost triple the previous record price for a car, which was set in 2018 by a Ferrari 250 GTO from 1962 that topped $48 million.

The invitation-only auction was held May 5 at the MercedesBenz Museum in Stuttgart, Germany, the auction house said, adding that the vehicle’s high price puts it in the “top 10 most valuable items never sold at auction in any collectible category”.

According to a AFP ranking of works of art sold at auction in recent years, the 300 SLR ranks sixth or seventh, the absolute record being held by Leonardo da Vinci’s “Salvator Mundi”, sold in November 2017 for $450.3 million.

Next is Andy Warhol’s “Shot Sage Blue Marilyn,” which also sold this month for $195 million.

The car is one of two prototypes built by Mercedes-Benz’s racing department and is named after its creator and chief engineer, Rudolf Uhlenhaut, according to RM Sotheby’s.

“The private buyer has agreed that the 300 SLR Uhlenhaut Coupe will remain publicly available on special occasions, while the second original 300 SLR Coupe will remain company property and will continue to be displayed at the Mercedes- Benz from Stuttgart,” the auction company added.

According to RM Sotheby’s and press reports, the 300 SLR, recognizable by its atypical lines and gullwing doors, was modeled on the W196 R Grand Prix racing car, which won two Formula 1 world championships in 1954 and 1955 with the Italian Juan Manuel Fangio at the wheel. driver’s seat.

But in June 1955, tragedy struck the Mercedes-Benz team when, at the 24 Hours of Le Mans, a crash of one of its 300 SLR vehicles killed French driver Pierre Levegh and 83 spectators.

This tragedy – the deadliest in motor racing history – forced the company out of the sport for years.

RM Sotheby’s said proceeds from the auction will be used to create a global Mercedes-Benz fund that will fund research in environmental science and decarbonization.