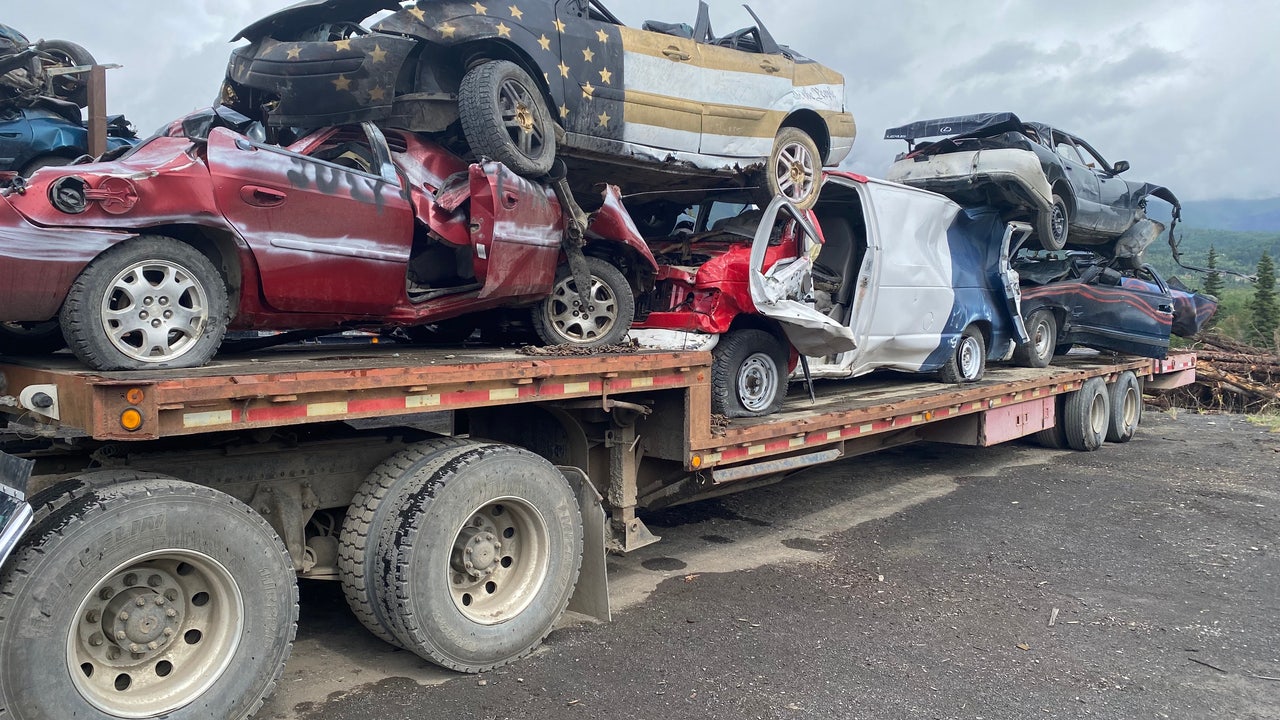 Old cars are sent off a cliff on the 4th of July as an old tradition in Alaska.

VIEW OF GLACIERS, Alaska – Every year on July 4, the small town of Glacier View, Alaska sends old cars racing down a 300-foot cliff in an unusual celebration of the holiday.

Vehicles and other means of transport are launched into the sky in the annual tradition. Townspeople watch from below in wonder as vehicles meet their end as they fly off the cliff.

The event serves as a fireworks version of the city because it doesn’t get dark in the summer in Alaska, according to resident Jason Arhns.

“It gives them a place to congregate and watch something interesting and unusual happen,” Arhns said.

Once the cars are about to go over the cliff, a loud horn sounds and everyone freezes.

“The crowd just hangs around and when they hear the horn, everyone stops what they’re doing and looks up,” Arhns said.

(Cars loaded into the tractor-trailer after the event in Glacier View, Alaska on July 4, 2021. Credit: Arnie Hrncir)

The cars are connected to a rail system and equipped to accelerate on their own. Vehicles sometimes derail and veer uncontrollably.

Food is available for purchase and cars start flying at 2 p.m. at the dramatic scene of destruction.

The tradition began in 2005, and it’s held to honor the military, according to resident and event organizer Arnie Hrncir. Service members receive a standing ovation before the event as another form of recognition.

“It’s just an appreciation for our military, those who have retired and those who are still active,” Hrncir said.

Locals call Hrncir when they want to get rid of their car for the show, but the car has to be running, he said. Not only does the preparation for the event start early, but there is also a lot to do.

“We want automatic transmissions and they have to be able to hold the air in the tires. We take the antifreeze out and we take out all the glass so none of that stains on the hill,” Hrncir explained.

The tradition allows everyone in the town to get involved as children are encouraged to paint the cars in patriotic colors.

When the day is done, the cleanup involves two tractor-trailers loading up the wreckage and transporting it to a scrapyard. All parts still in working order are recycled and reused.

This story was reported from Baltimore

Osakis goes back in time with a classic car show