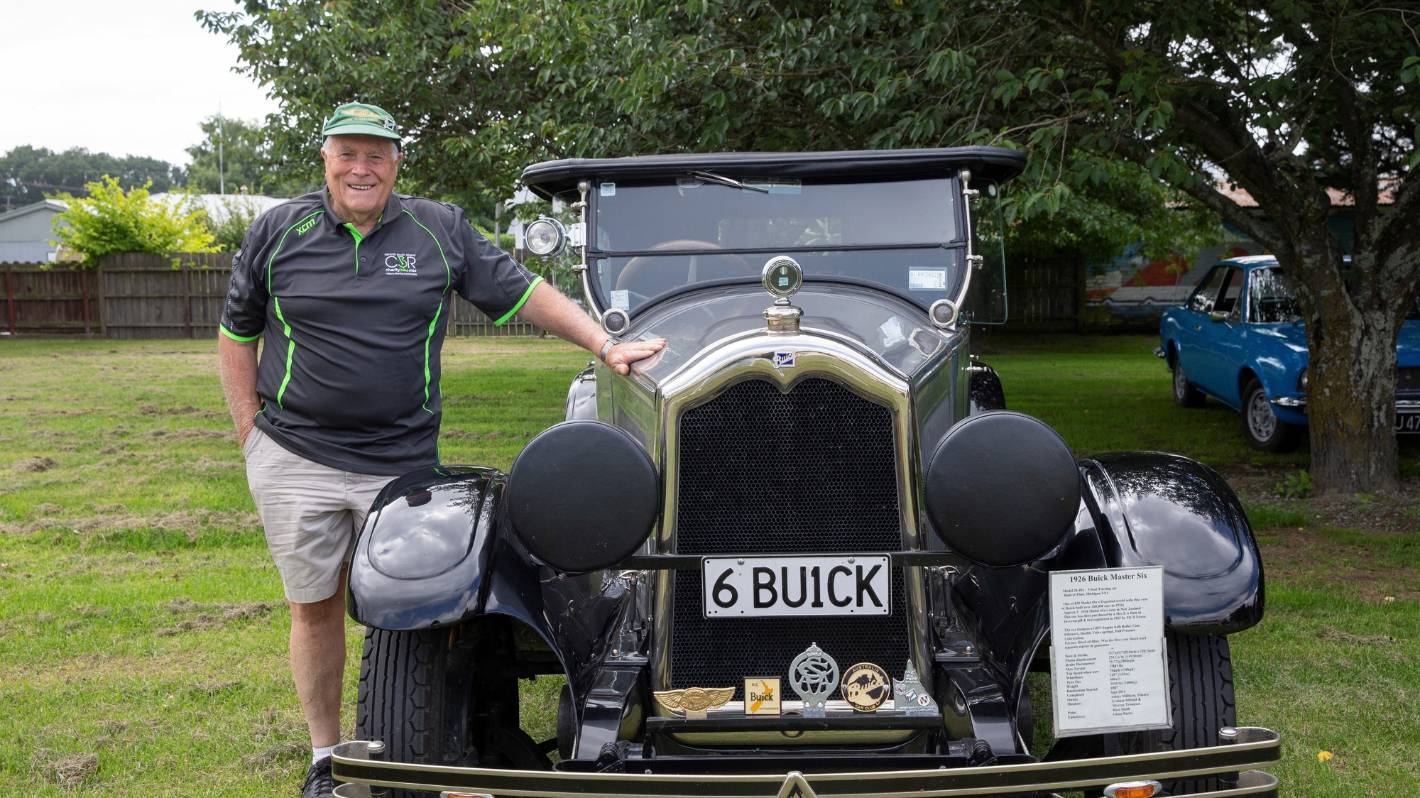 The cancellation of the Fairlie New Years Parade did not prevent vintage car owners from South Canterbury from heading to the District Town of Mackenzie for a “picnic.”

Ashley Milliken, president of the Canterbury south branch of the Vintage Car Club of New Zealand, said the parade was canceled by the organizers, the Fairlie Heritage Museum committee, because of Covid-19 “but the club members still decided to have a picnic. ”.

“There were about 57 cars, mostly from South Canterbury. We met on site [Fairlie Village Green] and went for a run in the club rooms in Timaru.

“There was probably more [cars] than I expected from Fairlie.

“It was an informal race and everyone came to Fairlie alone.

“The picnic run is a tradition for us. We had several places in mind. One was not available and the consensus was to go to Fairlie.

Milliken, who drives a 1926 Buick Master Six, said the next annual event will be a women’s rally on January 30.

Ross Walkinshaw has been a member of the club for several years driving a 1950 Vauxhall Velox 6 cylinder and said there was a good turnout on Saturday.

“I got the car about 6 years ago and at the time I was looking for a classic car to participate in the classic car club events,” Walkinshaw said.

“I love them [vintage cars] and I love to drive them. I get a lot of comments from people who say their parents drove the car and some say it was their first car.

Payday Loans On The Web. Have you ever run out of money before their paycheck?