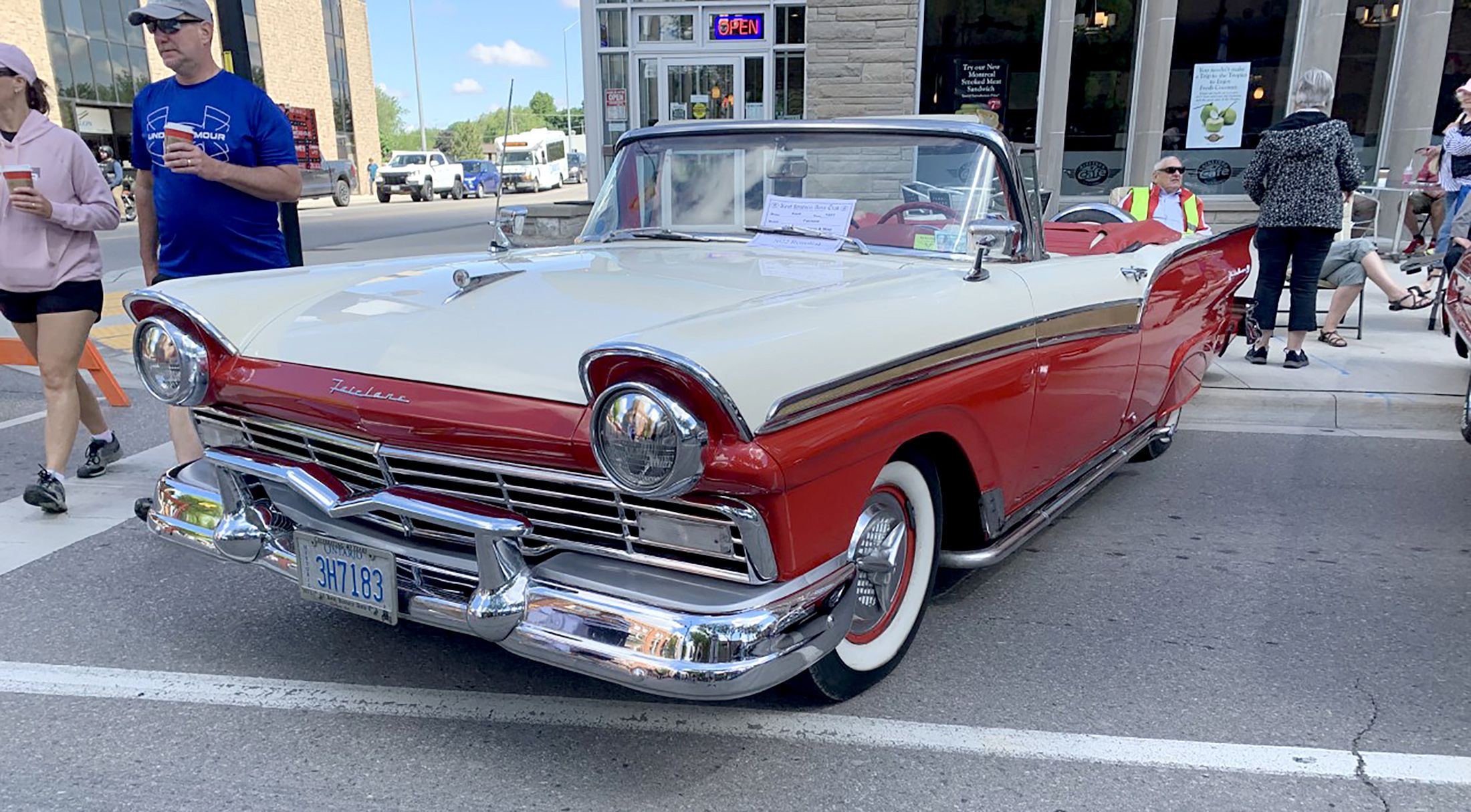 One of the greatest ironies in automotive history is that the Ford Motor Company sold more full-size cars than Chevrolet for the 1957 model year.

Because the ’57 Chevrolet remains immensely popular today, both in automotive culture and with collectors.

And even today, one wonders which company really sold the most cars. Chevrolet actually sold more cars in the 1957 calendar year, but they included several thousand ’56 models.

Still, Ford won the 1957 sales title, but that title was quickly reclaimed by Chevrolet, which easily beat Ford for many years.

The Chevrolet-Ford battle had deep roots dating back to the 1920s. The Ford Model T was prominent at the turn of the century, controlling more than 50% of the North American automobile market throughout World War I and into in the mid 1920s.

But Chevrolet was winning. The 1926 Model T was long in the tooth, and Chevrolet—with better styling, performance, and new technology—was gaining traction.

In May 1927, Henry Ford announced that production of the Model T would end and a new car would soon be announced. It was in December 1927 that the world learned that the new Ford would be the Model A.

Meanwhile, Chevrolet slipped to first place in terms of sales, although sales of the Model A usurped Chevy in 1930. But Chevrolet gained momentum and quickly became the sales leader.

Although Ford built a very good car, especially with its V8, introduced for 1932, its sales position as a company slipped to third behind Chrysler Corporation during the 1930s. rallied during the Great Depression and helped save society. Its sales never exceeded those of Chevrolet or Ford, but Plymouth’s sales allowed Chrysler to beat Ford’s overall sales as a company.

Ford would not regain the coveted No. 2 spot until the early 1950s. By then, the battle between Ford and Chevrolet became even more heated. Chevrolet had the advantage of GM and its deep pockets, and could also draw on technologies introduced by some of the more upscale GM divisions, such as Oldsmobile or Buick.

Chevrolet evened the playing field for the 1955 model year by introducing its own V8. It was the first V8 available in a Chevrolet since 1918, and although it was only a small V8, its introduction was a signal to the rest of the Detroit-based industry that affordable performance was becoming the new standard for family cars.

The ’55 Chevy was a wonderful car. It was a very attractive package, but its real story was the V8 engine.

The ’56 Chevy was arguably better looking, and Chevy sales soared.

But sensing the change in auto tastes, Chevrolet brass wanted an all-new car for 1957, but that just didn’t happen. Thus, the overall theme and styling of the ’55 and ’56 models were carried over to 1957.

That year, Chevrolet received a new dashboard, sealed hood, and relocation of its air ducts to the headlight nacelles. The grille was widened, giving the car a wider appearance.

But the new fins set it apart and were instantly iconic.

Part of the reason for the larger fins must have been Chrysler Corporation’s Forward Look, introduced for 1955. In 1956, Chrysler products sported the largest fins in Detroit, and they would get even larger for 1957. Chrysler had become the styling leader for the industry and GM stylists were under pressure to put larger fins on their cars.

That’s why Chevrolet bosses were pushing for an all-new model for 1957. They were turned down by GM brass and such subtle changes were made to the existing design. Still, these changes were enough to turn the 1957 Chevrolet into one of those rare, almost perfectly proportioned automobiles, at least from a visual standpoint. It looked good from all angles.

Chevrolet sold many of its 1957 models, but it didn’t sell as many cars as Ford.

Ford had introduced an all-new look for their cars for the 1957 model year, and these were consistently longer, wider, and lower than their ’56 models. It made a big difference to the buying public, who – as always – were looking for something new.

Partly due to Chrysler’s Forward Look, the trend in the Detroit-based auto industry in 1956 and 1957 was for a longer, lower car. In designing its new models for 1957, Ford followed this trend closely. He developed a new chassis for his brand new Fairlane which allowed the floor to be placed lower. This allowed the roofline to be lower.

And the overall length of the Fairlane was 203.5 inches, about five inches longer than the 1957 Chevrolet.

These differences seem inconsequential today, but they meant a lot in the fall of 1956 when Chevrolet and Ford introduced their new cars for the 1957 model year. And for all its inherent beauty, the new Chevrolet simply had no looks as “new” or as “modern” as the new Ford.

Sensing it had to do something to lower the height of its 1957 model, Chevrolet replaced the 15-inch wheels with 14-inch wheels. Ford had done it before; the new Fairlane rode on 14-inch wheels. It would also become the industry standard for a few years.

The new Fairlane was a pretty car, with an attractive new face and rear, and an interior and new dashboard that reflected the avant-garde tastes of that era.

Buyers had the option of choosing from six different engines. They ranged from Ford’s 223 cubic inch straight-six engine to 352 cubic inch V8. Among the engine selections, two “Thunderbird” engines were available – the 292 Thunderbird V8 and the 312 Thunderbird V8.

Ford’s safety package, introduced for 1956, also included seat belts. But according to Popular Mechanics in March 1957, less than 7% of Ford buyers opted for seat belts.

For 1957 Ford had a wide variety of full-size models available.

The general design of the 1957 Ford would continue through the 1959 models.

Chevrolet, meanwhile, was positioned to introduce an all-new model for 1958, but, unusually for that era, it would only be used for one model year. For 1959, Chevrolet, along with the rest of General Motors’ full-size line, would introduce new models that were longer and lower than its predecessors.