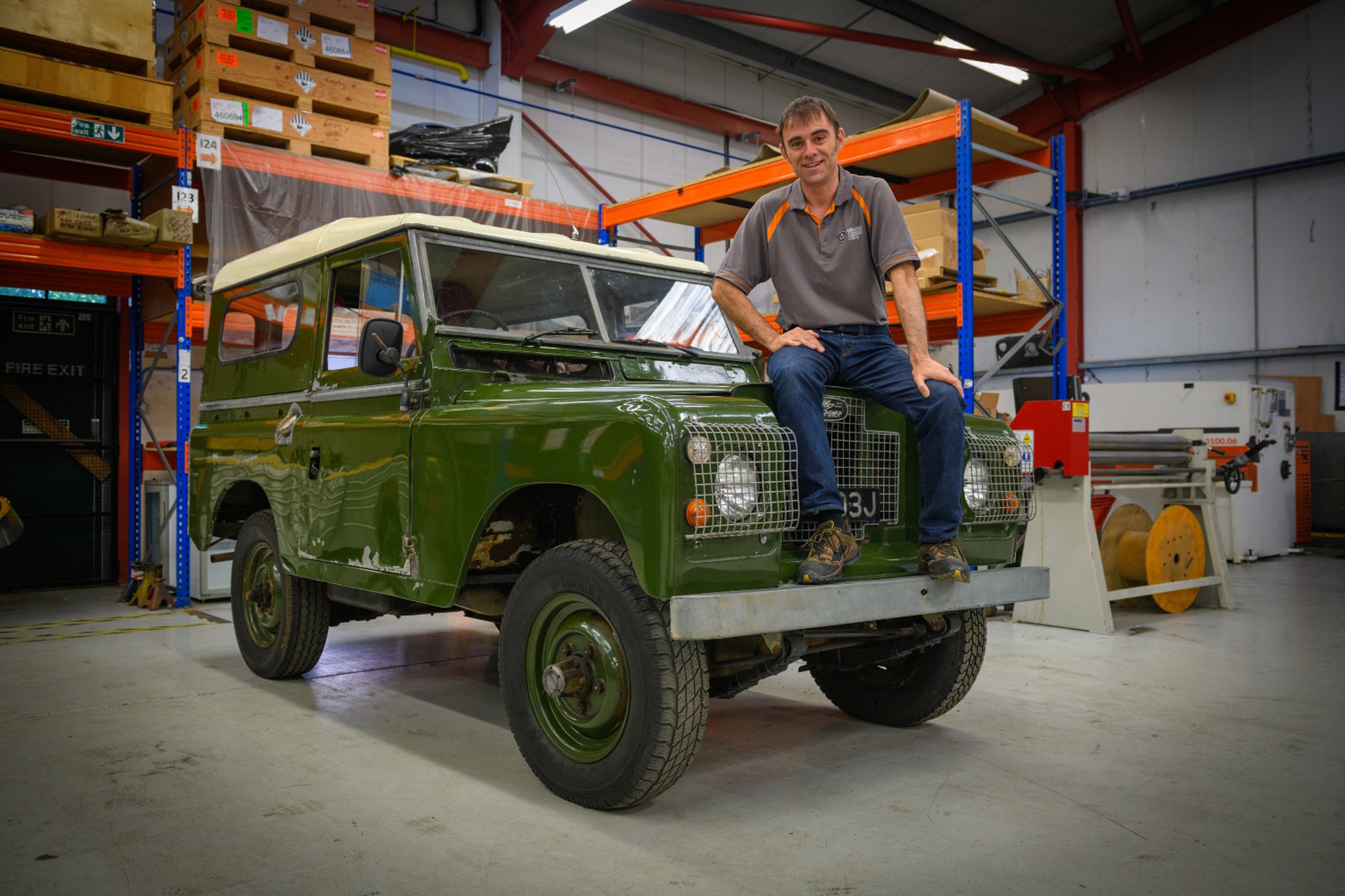 As Vintage Voltage Series 2 begins on Quest, we talk to Electric Classic Cars’ Richard Morgan about this season’s plans and why modern tech is good for old cars

In the heart of Wales lies a nondescript industrial unit where classic cars cruise to the sound of flat ovens and roaring V8s and emerge accompanied by the faint hum of an electric motor as they head for the hills.

The workshop is the base of Electric Classic Cars and the setting of the documentary series Quest Vintage Voltage, which sees a team of 21st century engineers transform fossil-fuel cars of the past into electrified vehicles of the future.

Register to our NationalWorld Today newsletter

The newsletter mute the noise

At the center of the two is ECC founder Richard “Moggy” Morgan, whose mission to breathe new life into his own classic has exploded into an all-consuming business transforming everything from Beetle and bubble cars to Ferraris and cars. Range Rovers.

With the second series of Vintage Voltage airing every Thursday and interest in electric vehicles at an all-time high, we caught up with Richard to find out what motivated him to start the business, why he believes electrification is the future of many classic cars and hear about its highlights and lowlights from the upcoming series.

Now occupying a 12,000 square foot workshop with 15 employees, six years ago ECC was based in a home garage with just three employees and one car – Richard’s.

“Having had classic cars from the age of 16, and having been a classic rally driver, I wanted to improve one of my cars to be able to use it on a daily basis,” he explains.

“That meant making it extremely reliable, reducing maintenance and increasing power to keep up with modern traffic. Converting it to electric seemed the obvious choice.

It’s also the reason, Richard believes, that so many other people have turned to him to convert their own vehicles in recent years, despite the undeniable expense of such a project.

On average, an ECC conversion costs around £70,000, but as the show’s popularity and Richard’s two-year waiting list show, there’s plenty of interest and demand for electrified classics.

So what does it mean that owners of these often rare machines are willing to ditch their petrol hearts for an electric approach?

For starters, there’s a reliability that many old cars with finicky engines can’t offer.

“As well as being more reliable, you get better performance and a more enjoyable ride as a result.”

And Richard is unconvinced by those who fear that electrifying a classic will take away its character, pointing out that there’s already a huge market for heavily updated restomods that do away with many original features.

“Opponents may say it’s not a classic because it doesn’t smell like petrol or sound, but our customers tend to bring us cars with engines that aren’t special – for example in the 911 we simply converted the engine numbers don’t match – or they may have a non-running engine.Often our customer projects have a problem with the engine and work is needed on the car.

“Doing restomods in classic cars is already a popular thing to do. Classic car owners are already replacing classic engines with resto engines for more power and performance. are no longer available.Converting classics to electrics can be a logical step to giving these cars new life.

Among the models that have been given a new lease of life in this series from Vintage Voltage are everything from an original 190s Mini to a rare BMW “Batmobile” 3.0 CSi and a classic 2 Series Land Rover. Richard even breaks his own rule of avoiding more modern cars to complete a special project.

“One of my favorite cars in this series was the DeLorean,” he says.

“I really enjoyed it because the base car was so poor. Getting such a brilliant end result was a mega success and we managed to make the car worthy of what it was meant to be.

Turning the famous on-screen time machine into “the coolest commuter car in the world” for customer Leighton took a lot of work, not only on the drivetrain, but also on the chassis and interior of the tired sports car of the 1980s. But the hours of work paid off and in addition to restoring the car and replacing the meager 130 hp engine of the DMC-12 with a Tesla-sourced 300 hp engine to give it performance to match its looks, the team found the time to fit a power feature to the gullwing doors that steal the stage.

If the Tesla-powered Delorean was Richard’s highlight, the tiny Mini, which now packs 10 times the power of the original gas engine, caused some of the series’ biggest headaches.

“The Mini is a great example of the difficulties we have in trying new battery technology,” he explains. “In this project, we had to integrate a 400 V system into a small car. Likewise, we found the same challenges working with something so small when converting the Isetta. Difficulties in achieving this meant we looked at many different battery technologies before deciding which one worked.

The high-performance Porsche 911 had similar issues, requiring the fabrication of bespoke components to support the rear-mounted engine and transfer its power to the wheels, as well as a millimeter-accurate fit to mount all the batteries and other components without ruin the appearance or handling of the car.

But the unique difficulties posed by each new project are a welcome challenge for Moggy’s engineering team and balanced by the growing possibilities offered by EV technology.

“As battery technology advances, we will take advantage of it and achieve better range in vehicles. We are looking to use new, more efficient motors and are talking to battery manufacturers about better options” , he said.

“The team is also benefiting from faster charging, so car charging times will go down. These are exciting times ahead.

On the immediate horizon for Richard and the team is another varied pair of classics awaiting the electric treatment.

“We have some really brilliant projects coming up. We look forward to working on the Jensen Interceptor and the Maserati Ghibli which is an iconic car but not necessarily well known to the general public.

“We also have a more daily British Triumph Vitesse on the waiting list which will be interesting to do.”

And as for the model he dreams of bringing through the doors of his Newtown studio? “I would love to convert a Lamborghini Countach.”

With owners of all manner of Exotics lining up for the ECC team to work their magic, it’s surely only a matter of time before Richard gets his wish.

The new season of Vintage Voltage airs at 9 p.m. Thursdays on Quest and is available to stream on Discovery+

A man from N.S. rebuilds a classic car to honor his late son and encourage conversations about mental health