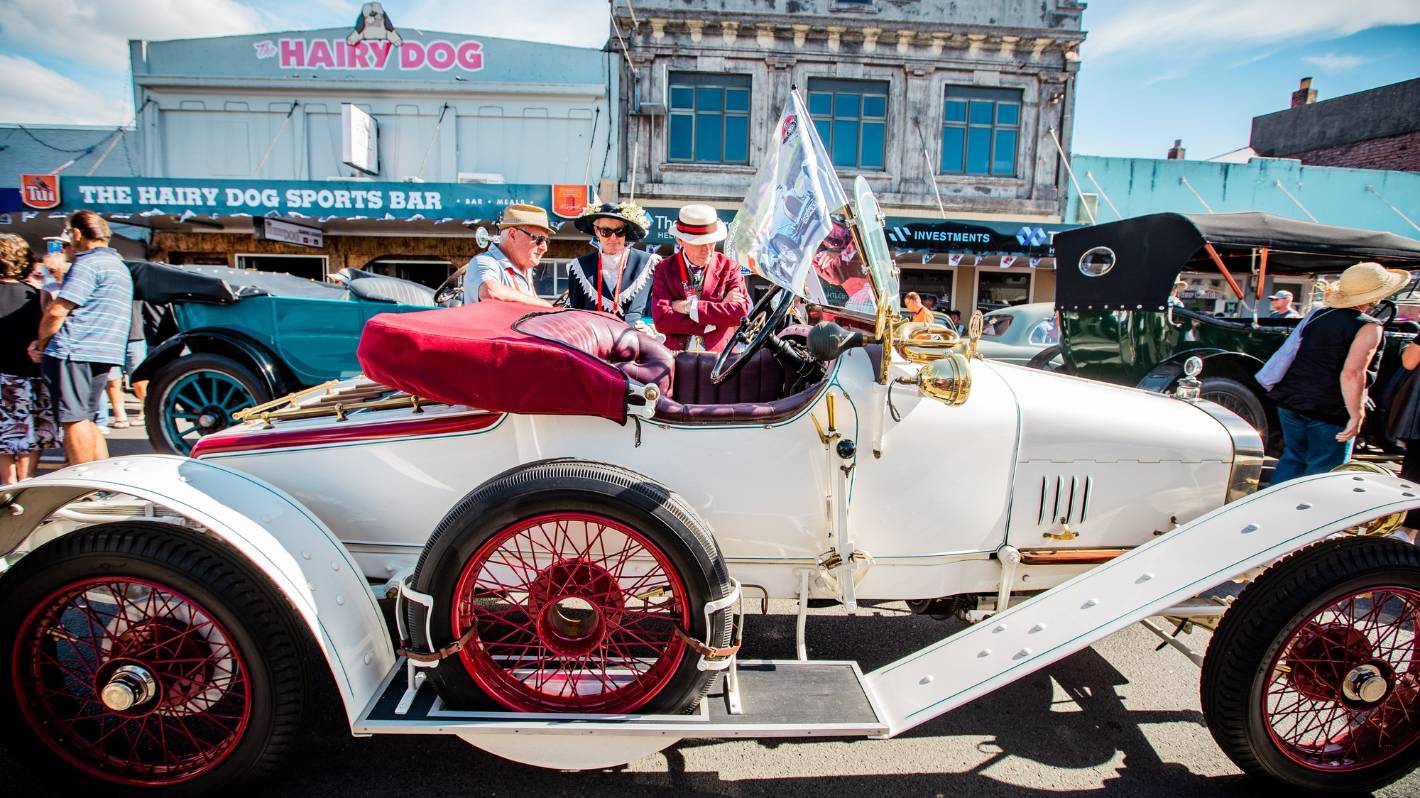 Dennis Scanlan, left, owns this 1913 English Sunbeam and towed it from Auckland for the show. He shows it to the couple Caroline and Philip Henley.

Photographer vanessa laurie Thursday night, I headed to the street party in Inglewood, which drew a huge crowd.

The festival, which usually takes place every five years, will conclude with a drive to Hāwera and then the festival finale in New Plymouth on Friday.

Rally director Greg Terrill said the street party was a highlight of the week-long event. He also made special mention of Marie Pearce and the Inglewood First Trust, who had helped set it up.

“The members have never held a street party like this before.”

He said the whole week had been great.

“It really couldn’t have been better. The weather has been great and the people have been fantastic.

Street party coordinator Colin Johnston said the only speed bump was the logistics of parking some 470 vehicles on the town’s main street.

It took an hour and fifteen minutes, he said.

Johnston said he walked down the street several times and everyone, the rally participants and the public, had a good time.

“You could see it in the smiles on their faces when they left too.”

What a beautiful classic car. Too bad if something were to happen to him • The register